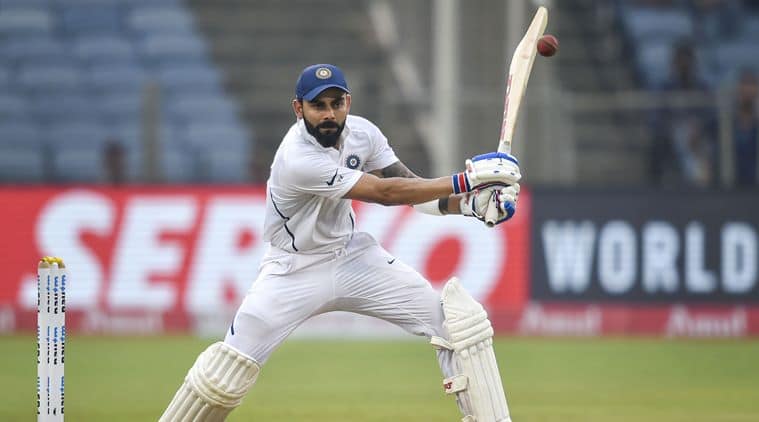 After missing out on a big individual score in the previous contest, Indian skipper Virat Kohli returned to his supreme best in the second Test between India and South Africa. Leading the side from the front, the right-handed batsman completed his seventh Test double ton on Friday. In the process, he also broke the record for the most double centuries scored by an Indian in the longest format of the game. The previous record was held jointly by Virender Sehwag and Sachin Tendulkar, who had smashed six 200-plus innings scores in their illustrious career.

The cricket fraternity took to Twitter to congratulate the Indian skipper for his splendid innings. Here are a few reactions:

The landmarks flow for Virat Kohli. Like a champion batsman he breaks a 10 innings century drought with a double. And, something that is becoming noteworthy for him, without a single six! Most doubles by an Indian now and the small matter of 7000 test runs.

For a modern day successful T20 batsman, that Virat is also able to grind out a whole session ( this morning) against quality bowling is his rare versatility & an important element of his greatness.??????????#indvsa

Congratulations @imVkohli on your 26th Test ton & a slew of records. 4th quickest to reach the landmark in 138 innings & captain with second-most hundreds in Test cricket. 19th century as captain, highest 4th-wkt partnership for India against SA, along with #AjinkyaRahane#BCCI pic.twitter.com/xOEM9whNCN

India are currently leading 1-0 in the three-match Test series.