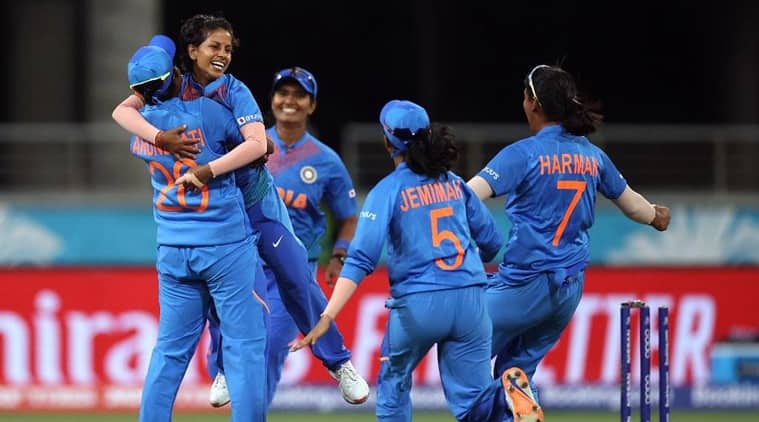 India kickstarted their ICC Women’s T20 World Cup campaign with aplomb through a thrilling bowling performance in Sydney, spearheaded by spinner Poonam Yadav, whose fifer downed the reigning champions Australia on Friday. After setting a target of 133, India restricted the hosts and defeated them by 17 runs in a Group A encounter.

Poonam Yadav came out all guns blazing as she spun a web around the Australian batting order, registering match-winning figures of 4/19. Within a space of 12 balls, she sent back three batswomen back to the pavilion, namely Alyssa Healy (51), Ellyse Perry (0), and Rachael Haynes (0).

India brought in Poonam in place of Radha Yadav and the former used her experience to finish her spell with figures of 4-0-19-4. Her match-winning spell also fetched her the Player of the Match Award.

India maintained the momentum gathered and took things over the finish line in what was a thrilling case of a run chase, as Australia lost three more wickets after Yadav’s bowling masterclass. Australia failed to get the 21 runs needed in the last over, and were restricted to 123/8 at the end of 20 overs.

Earlier, India frittered away a flying start to post 132/4, owing to teenager Shafali Verma’s blistering 29-run knock after Australia won the toss and elected to field. She hit five fours and a six and took India to an excellent 40/0 in just four overs. But soon after, Australia mounted pressure on the batting lineup and reduced their opposition to 47/3.

Deepti Sharma’s unbeaten 49 and Jemimah Rodrigues’ 26 guided India to a decent total, in what seemed to be a doomed exercise right in the middle. While Jess Jonassen registered a 2/24, Ellyse Perry and Delissa Kimmince both scalped one each.