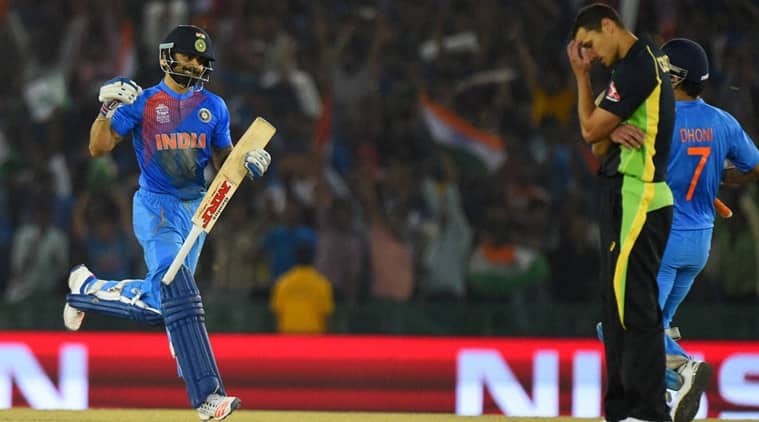 The India tour of Australia that has been scheduled after the T20 World Cup is likely to go ahead as per the plan. (Source: PTI)

Former Australian batsman Michael Hussey is fearful of the prospect of Australia hosting the T20 World Cup in October-November and says a 16-team event amid the raging COVID-19 pandemic could prove to be a logistical nightmare.

Cricket Australia itself has said that it is a bit “unrealistic” to stage the T20 World Cup as per schedule in the current circumstances but the ICC is yet to take a final call on the matter. Hussey too doesn’t see the showpiece event taking place this year.

“I am really fearful about the T20 World Cup to be honest and the reason for that is I think it is okay to bring out one team to play international cricket and get them to isolate and stay safe and prepare well for a series,” he said in a podcast called ‘HotSpot’.

“But having to bring a number of teams and getting them to isolate to prepare and then move around the country to different venues I think that will be a logistical nightmare. From what we are hearing perhaps the T20 World Cup will have to be postponed for 2021 or even 2022,” said the southpaw.

The India tour of Australia that has been scheduled after the T20 World Cup is likely to go ahead as per the plan, according to Hussey.

“I am a lot more positive about the Indian tour of Australia going ahead and the reason is bringing one team to tour here and getting them to a hub is easier. “For example Adelaide Oval has just built a hotel connected to the stadium, so the Indian team could base themselves there, train and prepare for a series, and play against Australia.

“We have all got our fingers crossed, as we know that this pandemic keeps throwing these curve balls and we need to adapt and move quickly,” said Hussey.

England are currently hosting the West Indies for a three-Test series starting on July 8, marking resumption of international cricket after a four-month hiatus caused by the pandemic.

Talking about cricket in a bio-secure environment, Hussey said the series would have to be called off in case a player tests positive for coronavirus, the possibility of which is high.

“Because of how contagious this virus is, you would think if one person has got it or is affected, with how close everyone is in proximity, it is probably going to be passed on to a number of people in the team.

“What are you going to do? You will have to replace 5-6-7 members of the team, that will be very tough. If someone does test positive or shows symptoms, they have to immediately call off the game,” he added.