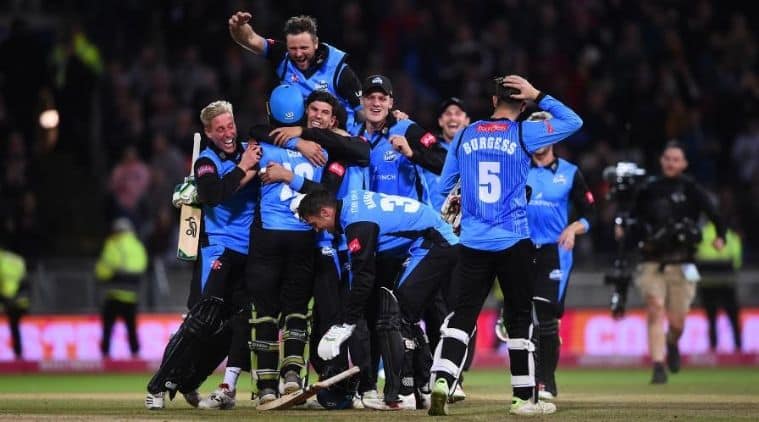 After the success of the men’s team in winning their first-ever World Cup, England have plenty of cricket to show off. Just a few weeks before the Ashes, the Vitality T20 Blast started off from July 18 in England. The star-studded tournament will continue for two months and the final will be played on September 21. So be ready for the super thrilling T20 matches from England and here’s what you need to know about this league.

The T20 Blast is English domestic cricket’s 20-overs-a-side tournament. It’s the third and final tournament in the domestic cricket season in England. T20 Blast’s this season has been branded as the Vitality Blast due to a new sponsorship deal. The league consists of the 18 first-class county teams divided into two divisions of nine teams each.

When is it played?

It runs across nine-and-a-half weeks starting from July 18. The competition begins a little later this year in comparison to last season due to the recently concluded World Cup and The Ashes which start next month. Following the conclusion of the group stage, the quarter-finals between the top four sides in each regional group take place between September 4 and September 7. The winners of the quarter-final matches progress to Finals Day, which consists of the two semi-finals and the final on September 21 at Edgbaston in Birmingham.

When and where to watch Vitality T20 blast

What is the format?

All 18 first-class counties are involved in the T20 Blast with the sides split into two groups of nine, which are based on a geographical north-south divide. Each side plays 14 matches, which includes playing six of the other sides in their group twice (one home and one away) and the other two teams once. At the end of the group stage, the top four teams from each group enter the knockout stage of the competition, with the first-place side in one group facing the team that finishes fourth in the opposite group and the second-place team facing the side that finished third in the other group in the quarter-finals. The winners of the four quarter-final ties then move on to Finals Day at Edgbaston, when the semi-finals and final all occur on the same day.

Who should you look out for?

There have been five different winners in the last six years of the competition, and with the fast-paced nature of the format in an already busy schedule of a summer of cricket, this year promises to be another open competition. This year South Africa legend AB de Villiers, Afghanistan’s Mujeeb Ur Rahman and Rashid Khan, England’s World Cup-winning captain Eoin Morgan, Australia’s Aaron Finch, South African legspinner Imran Tahir, Australian batsman Glenn Maxwell and allrounder James Faulkner, Alex Carey, West Indies’ Nicholas Pooran and Pakistan’s Babar Azam and Mohammad Amir, will be among the most exciting names in the league.