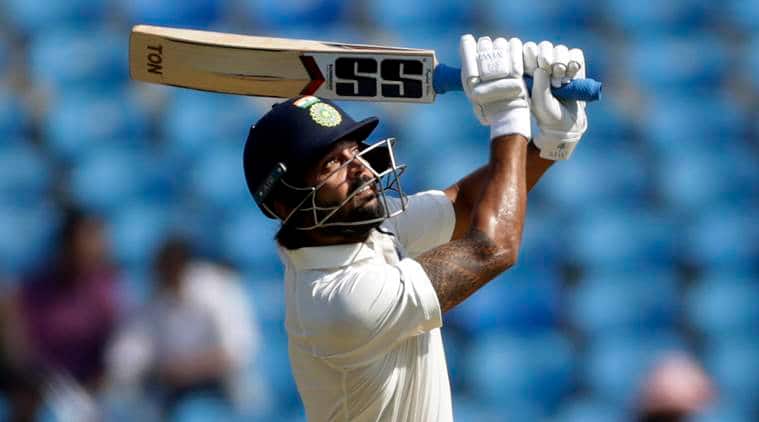 Experienced opener Murali Vijay will miss the Super League and Knockout matches of the Syed Mushtaq Ali Trophy T20 tournament to be played in Surat from November 21 due to an ankle injury.

He will be replaced by left-arm spinner M Siddharth in the squad, a press release from Tamil Nadu Cricket Association said here.

The Syed Mushtaq Ali Trophy T20 Super League and Knock-out Tournament matches will be held from November 21 to December 1.

Siddharth had earlier been part of the squad for the Hazare Trophy which saw Tamil Nadu reach the final.

Tamil Nadu chief selector M Senthilnathan said Siddharth was picked as it was felt there were enough batsmen in the squad and as a back-up spinner.

Vijay is out of the knockout phase due to an ankle injury, he added.

All-rounder Lalit Yadav claimed three wickets with his off-breaks as Delhi notched up a comprehensive 20-run win over Odisha in their final Group ‘E’ match to qualify for the Super League of the Syed Mushtaq Ali Trophy here on Monday.

Electing to bat, Delhi posted 149 for six and then returned to dismiss Odisha for 129 in 18.1 overs to complete the win and top Group E with 22 points from seven matches.

Going through a rough patch, Shikhar Dhawan top-scored with a 33-ball 35 which comprised three fours and a six. However his struggle was apparent against an unfancied Odisha attack. He failed to get going.

Earlier, Delhi batsmen, including opener Hiten Dalal (20) and first-down Dhruv Shorey (26), got starts but none could convert them into big scores but they did enough to help the team post a decent score on board.

Defending the total, Yadav returned with impressive figures of 3.1-1-10-3 and he was ably supported by Pawan Negi (2/38) and Nitish Rana (2/6) as the trio derailed Odisha’s chase.

Odisha had a disastrous start and were looking down the barrel at 36 for 5 in 7.2 overs.

Down the order, Suryakant Pradhan smashed a 20-ball 48 laced with six hits to the fence but it was not enough.

Chasing the total, Kshitij top-scored with an unbeaten 44 off 36 balls, while Chirag Gandhi (32) and Urvil Patel (22) chipped in with useful contributions as Gujarat scored 102 for 2 in 13.3 overs.