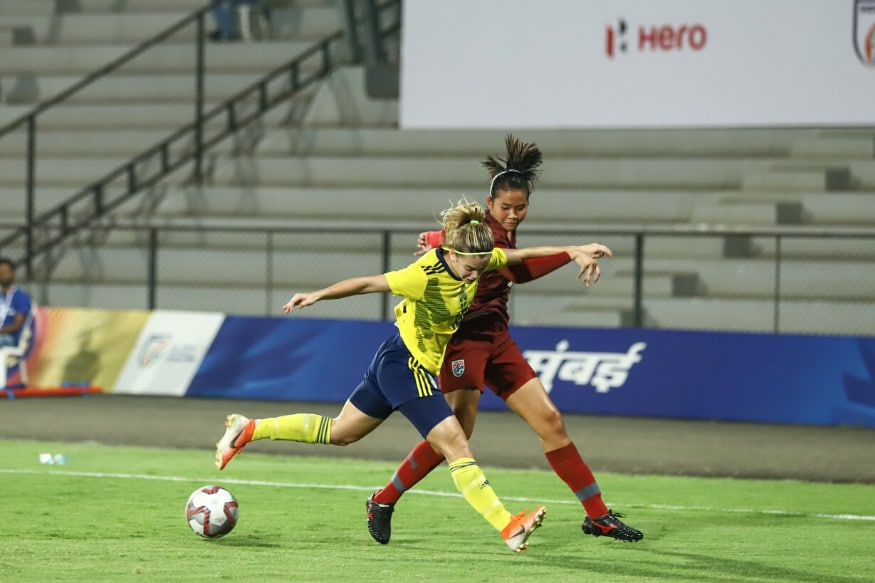 Mumbai: Sweden moved into the final of the U-17 women's football tournament with a 3-1 victory over Thailand at the Mumbai Football Arena here on Sunday.

The Europeans were quick to seize the initiative after the referee's whistle, creating more chances than the Thai side.

Just 25 minutes into the game, Swedish forward Ellika Holmberg was put through on goal but her shot from a tight angle was put out for a corner by Thailand custodian Pawarisa Homyamyen. However, she could do nothing as Sweden took the lead a minute later from the resulting set piece.

Marwa Said she was the quickest to react to a loose ball inside the penalty area after the corner was played in and she slammed home a powerful volley to give her side the lead.

She could have added a second five minutes before the breather after Holmberg's square pass inside the 18-yard box. With the keeper beaten and an open goal gaping, Said's shot went wide.

Thailand's best chance of the first half came in at the 29th minute through Suchavadee Chompaeng. The striker raced towards goal after being played through but was denied by Sweden shot-stopper Elin Svahn in a one-on-one situation.

In the 55th minute, Thailand were inches away from equalizing as Pluemjai Sontisawat's shot from distance rebounded off the crossbar and Janista Jinantuya headed an effort on target, only to be denied by a brilliant save by Svahn.

Sweden hit the woodwork through substitute Sara Eriksson four minutes later. In the 64th minute though, Thailand got the equalizer as Khwanjira Wong slammed home a penalty kick.

However, the Swedes regained the lead in the 70th minute as Monica Bah, on as a substitute, put her name on the scoresheet after darting down the right flank and beating the opposing keeper from close range.

The match ended 3-1 eventually as Sweden added another in injury time through Said and made it six points from two games. The next match in the tournament will see India and Thailand square off on Tuesday (December 17, 2019), where the second finalist alongside Sweden will be decided.