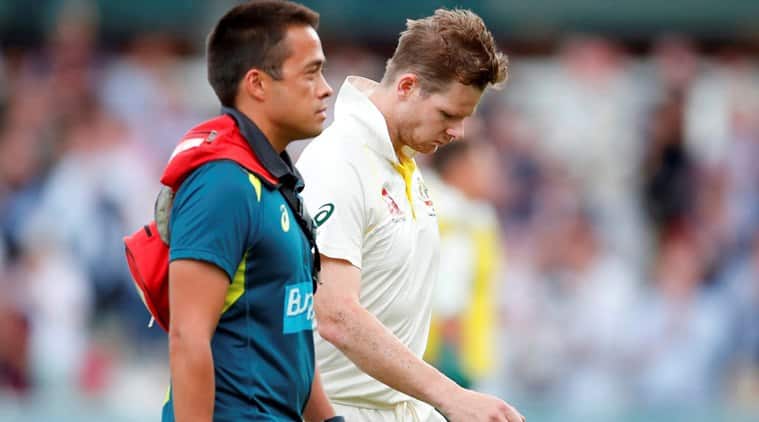 Steve Smith has been ruled out of the remainder of the 2nd Ashes Test, with doubts hanging over his participation in the 3rd Test as well, according to a statement by Cricket Australia. Marnus Labuschagne has been approved as Smith’s replacement, making him the first ever concussion substitute in international cricket.

Steve Smith has been ruled out of the remainder of the second Ashes Test.

Marnus Labuschagne has been confirmed as his concussion replacement.#Ashes pic.twitter.com/ienFwUpInK

“Steve Smith has been closely monitored by medical staff overnight. He slept well but woke up with a bit of a headache and feeling of grogginess,” Cricket Australia said in a statement on Sunday.

“As part of the Cricket Australia concussion protocol, repeat testing was performed this morning and demonstrated some deterioration, which is consistent with the emergence of the symptoms he was reporting. On that basis, he has been withdrawn from the match.”

Smith retired hurt after being hit on the neck by a Jofra Archer bouncer on Day 4, returning to bat later in the day. He was dismissed on 92. He did not take the field for Australia in the last session.

“In terms of his availability for the next test, it will be considered over the coming days but the short turnaround is not in his favour. He will be assessed on an ongoing basis and will have a precautionary scan on his neck on Sunday,” Cricket Australia said. The third Test begins from Thursday.

Under new ICC regulations introduced for the World Test Championship, Marnus Labuschagne has been cleared to play in Smith’s place. He will be able to bowl, bat and field for the entire duration of Day 5.