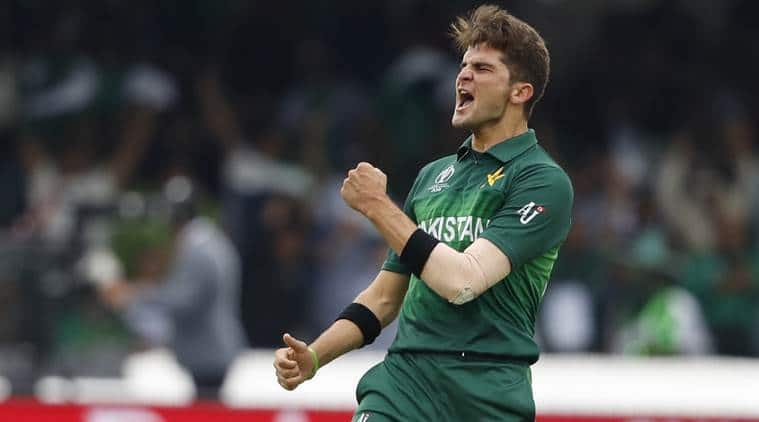 Mohammad Amir drew first blood removing Martin Guptill, but it was Shaheen Afridi who caused New Zealand’s batting collapse at Edgbaston, Birmingham on Wednesday. Afridi did not give an inch to Kiwi batsman. He broke the back of the BlackCaps batting order taking the wickets of Colin Munro, Ross Taylor, and Tom Latham.

The only boundary he conceded was in his first over. Afridi bowled with precision, setting up the batsmen perfectly. The 19-year-old bowled according to the field and set up the New Zealand batsmen.

The left-arm fast bowler bowled a marathon first spell bowling seven overs on the trot. He also bowled three maiden overs in his first spell including a wicket-maiden.

It’s Afridi’s second match of the ongoing World Cup 2019. In the previous match against South Africa, he took one wicket for 52 runs.

The youngster got few tips from former Pakistan cricketer Wasim Akram before the fixture against unbeaten New Zealand. The photo has been making rounds on the internet.

The three wickets taken in the powerplay overs sent Twitter into a frenzy:

This kid Shaheen Afridi is special.
Where did they hide him for so long

Afridi has not been an economical bowler in ODIs. His ODI career economy rate before the New Zealand clash was 5.90. He was taken to the cleaners by England batsmen in the ODI series before World Cup 2019.