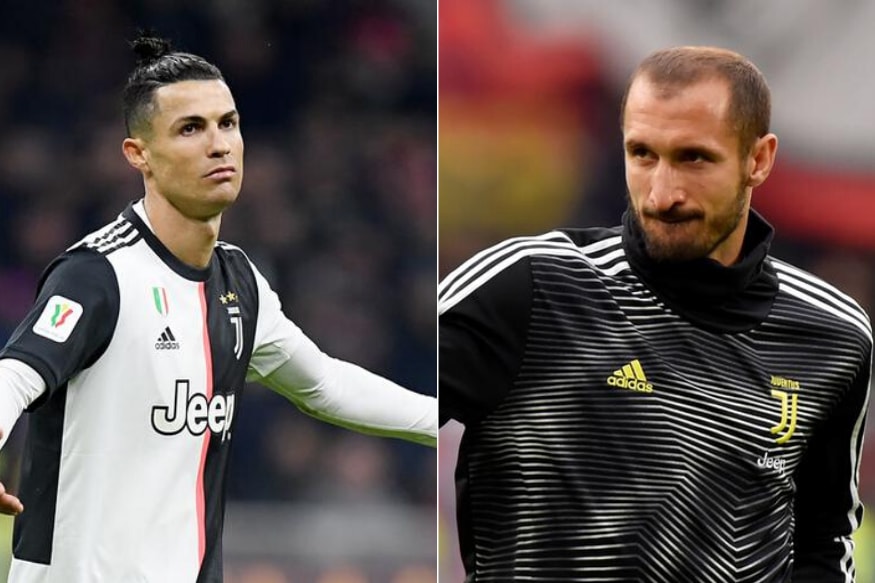 Milan: Juventus will rest Cristiano Ronaldo for Sunday's Serie A game against Brescia but defender Giorgio Chiellini is set to return after a long injury layoff.

Ronaldo, 35, has scored in ten consecutive Serie A games, but coach Maurizio Sarri has opted to rest the forward with Juventus playing Lyon in the Champions League last 16 on February 26.

Captain Chiellini is set to return after rupturing cruciate ligaments in the right knee at the end of August.

The 35-year-old has been training again with the eight-time reigning champions and was on Saturday named in the squad to play Brescia in Turin.

His presence should provide a boost for Juventus who have lost top spot in Serie A to Inter Milan on goal difference and suffered two defeats in their last three games.

Chiellini scored the first goal of the Serie A season against Parma before picking up a knee injury in training.