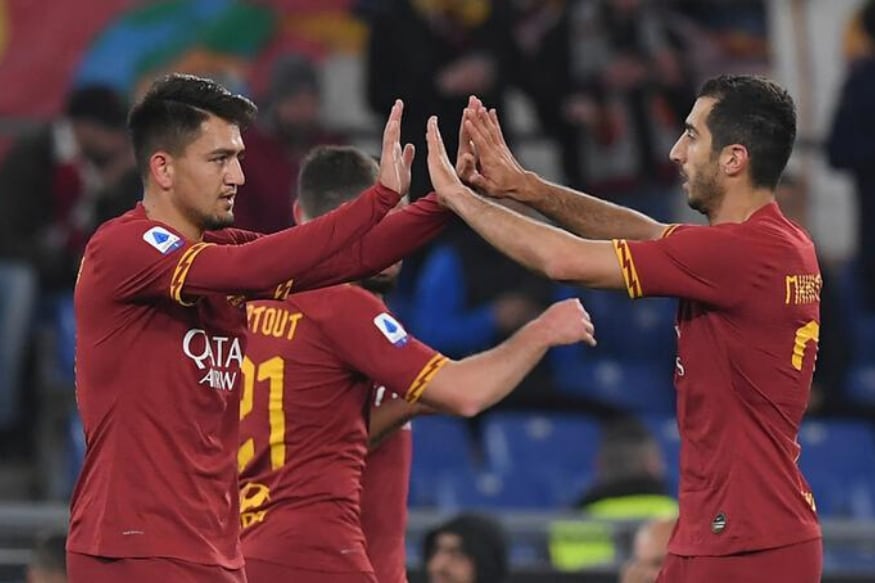 Rome: AS Roma notched up their first home league win for more than two months when they hammered Lecce 4-0 in Serie A on Sunday, helped by an inspirational performance from Henrikh Mkhitaryan.

Fifth-placed Roma, suffering from the inconsistency which has dogged them over the last few seasons, had lost their previous three league games while Lecce had won theirs, but they made surprisingly light work of the visitors.

The match was one of only two played in Serie A on Sunday due to the coronavirus outbreak in northern Italy. Four others were called off, including third-placed Inter Milan's game at home to Sampdoria.

"Mkhitaryan is a great player, he makes the right decisions in the final third of the pitch and gives continuity to our attack," said Roma coach Paulo Fonseca. "Not conceding goals is really important and that was down to our marking in midfield."

Mkhitaryan set up the first goal in the 13th minute when he laid off the ball for Cengiz Under to burst through the Rome defence and comfortably beat Mauro Vigorito.

The Armenian scored the second himself when he ran on to Edin Dzeko's pass and turned a first-time shot under Vigorito eight minutes before halftime.

The third came in the 69th minute from Dzeko who beat Vigorito at the second attempt and saw the offside flag go up before the goal was awarded thanks to a VAR review.

Aleksandar Kolarov completed the scoring as Roma won a league match at the Stadio Olimpico for the first time since Dec. 15. Lecce stayed three points clear of the relegation zone in 16th.