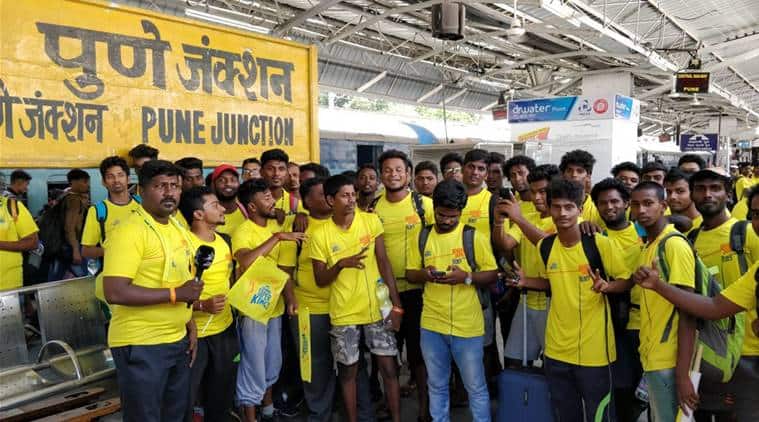 The fourth episode of Hotstar’s docudrama series ‘Roar of the Lion’ showcases an important aspect of Chennai Super Kings’ 2018 IPL season – their fielding woes. With the team having an average age of over 30, the franchise was set to face troubles on the field, especially in a compact T20 format. “When we stepped out on the field, we told ourselves, assume the opposition will have at least 10 free runs,” the 33-year-old Ambati Rayudu said in the episode. (Episode 1 | Episode 2 | Episode 3)

But when the side starting losing games because of dropped catches and missed fields, ‘Captain Cool’ MS Dhoni, showed his different side.

The moment took place after a close game against Rajasthan Royals which CSK lost in the final over. Dhoni, at the post-match-presentation, let his frustration get the better of him: “I think they need to commit, and a lot of them need to execute better.”

In the episode, Dhoni admitted that the ‘Dad’s Army’ trolls, which were going viral on social media at the time, were worrying. “At one stage, I started wondering whether these “Daddy’s army” jibes will come back to haunt us.”

The remaining segment of the episode showcased the birth of the “Whistle Podu Express” which started after the franchise was forced to move to Pune following Cauvery water dispute. The episode revealed the kind of facilities that were made available to suit the specific needs of every member of the CSK squad at the Chepauk Stadium, which they had to leave behind.

“Even for the one game we played at the stadium, there was massive police deployment. It was not feasible to hold seven games there, so we had to move,” Dhoni said.

The fans, team management and players expressed their disappointment on having to move out of their home city. But then, in words of franchise owner N Srinivasan. “history was created”.

Some fans contacted the team management to arrange for train to help the home fans to visit Pune and watch CSK play. This led to the birth of “Whistle Podu Express”, in which over 2,000 members of the yellow brigade took a 48-hour journey to support their team.

“I had never seen something like this,” Dwayne Bravo said.

The episode further showed highlights reel of CSK’s first game in Pune stadium, where Sam Billings, Dwayne Bravo and Ravindra Jadeja chased down 203 in a tense final over thriller.