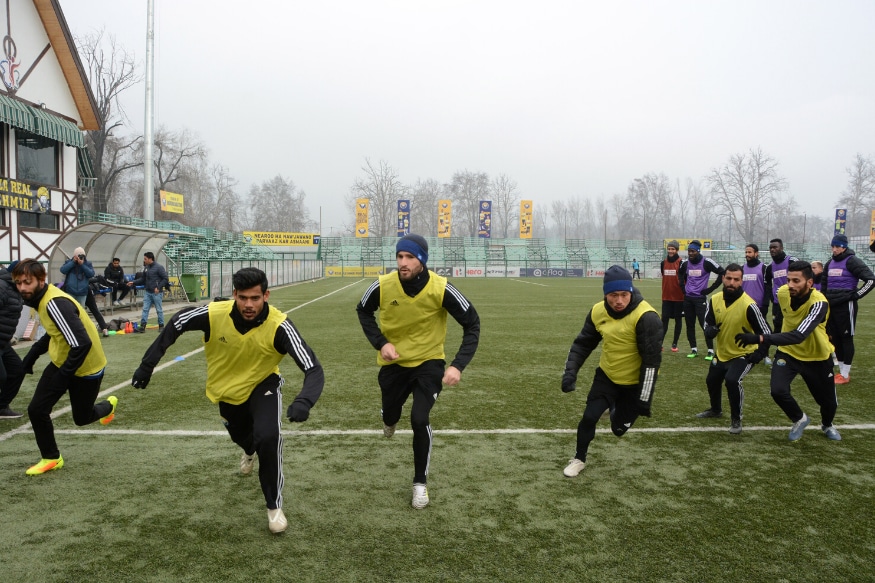 Siddiqi, who can operate at full-back or in midfield, was due to join the snow leopards at the start of the season but suffered an Achilles tendon rupture whilst training with Oxford United FC. Oxford United Football Club plays in the English League One.

On his association with the club, Kashif Siddiqui said, "This opportunity means a lot to me and I'd like to thank everyone at Real Kashmir FC and Oxford FC, I have been out of the game due to injury, during which I have been really focused on getting fit but also community work, but that is a prelude to a really exciting new adventure for me in Kashmir with a major team in India. I'd like to bring my charitable work to Kashmir through Football for Peace, although I am also desperate to get my boots on and start training again."

"I want to work within Kashmir across the community and start to continue to spread the positive contribution which football can make on so many different levels. Real Kashmir FC has given so much hope to people in this region and I really want to amplify this across the world. Kashmir is a perfect fit for me as a player but also as a person: the Kashmiri people are warm and welcoming and the club, in particular, is very forward-thinking and I want to thank Chattoo and David Robertson for this amazing opportunity."

Welcoming Kashif on board and on their partnership with Oxford United FC, Chairman Sandeep Chattoo, Real Kashmir FC said, "We are proud to have partnered with Oxford United FC and to have Kashif here as a loaned player. He is an inspiring individual both on and off the pitch. He has fit right in with the local and foreign players. Kashif's international experiences and Oxford's international support will be of enormous benefit as we continue to work with the relevant groups to ensure that Real Kashmir FC is a leading player in making football open to all in the region. The partnership with Oxford United is based on an exchange of knowledge and their enthusiasm for Indian football and in particular, Kashmir will help grow football for our future generations."

Vice-Chairman of Oxford United Zaki Nuseibeh said, "We're delighted that Kashif is going to Real Kashmir FC. As club owners, we have a responsibility to continuously work on initiatives through which we can use football for the wider good. I am confident that Kashif will be a great asset to the Real Kashmir FC squad as a loanee from Oxford United FC on the pitch and off the pitch, he will also undoubtedly be passionately carrying a message of peace to a region so desperate for it."