Ravinder Dandiwal (Right) has also been involved in organising the Afghanistan Premier League, Asian Premier League in Nepal and other similar tournaments across India, Sri Lanka and Australia, and was on the watchlist of the BCCI and ICC.

DAYS AFTER he was identified in Australia as the “central figure” of an international match-fixing syndicate, Punjab Police said Monday that they have arrested Ravinder Dandiwal for his alleged links to a fake T20 league in the state.

The Indian Express had first reported on Dandiwal’s alleged links to the league, which was purportedly held in Sri Lanka late June but actually played in Sawara, a village near Chandigarh.

In Australia, the Sydney Morning Herald had reported last month that investigators have accused him of fixing tennis tournaments in Brazil, Egypt and Thailand.

Dandiwal has also been involved in organising the Afghanistan Premier League, Asian Premier League in Nepal and other similar tournaments across India, Sri Lanka and Australia, and was on the watchlist of the BCCI and ICC.

‘Fixing Kingpin’ Ravinder Dandiwal: Shady past and a controversial present

The Mohali resident, who originally hails from Nohar in Rajasthan’s Hanumangarh district, was arrested Sunday, and sent to five-day police remand.

Kuldeep Singh Chahal, SSP Mohali, described Dandiwal as “an expert in conducting fake/fixed matches”, and said that a BCCI team is likely to join the probe Tuesday. 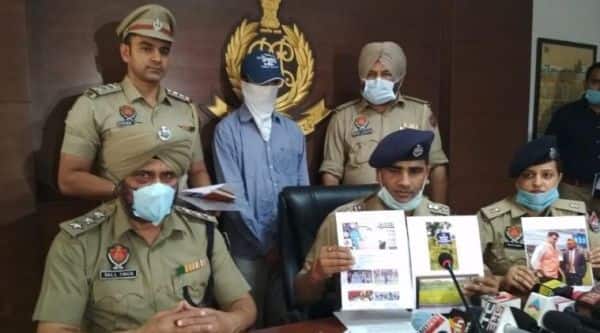 “Regarding the cases of betting and fixing tennis matches being investigated by Victoria Police, we are ready to join any investigation or probe if they approach us,” Chahal said.

Asked about the fake “UVA T20 league”, Chahal claimed that Dandiwal has revealed during interrogation that he had taken the Strokers Cricket Association ground in Sawara on rent through his associates to conduct the tournament.

“Their modus operandi was to take grounds on rent, manage players and telecast such matches through apps like Fancode, Diamond, Sky, Lotus, Tenbet, Spin, etc,” Chahal said, adding that Dandiwal had allegedly organised similar matches in Amritsar, Mohali and Bhopal.

“Our investigation has revealed that he used to visit many countries like Nepal, Sri Lanka, Australia and UAE in the past, and mostly was on the move. He had been in touch from some bookies in Delhi but it’s not clear whether he was working under them or running a different syndicate,” the SSP said.

Dandiwal, who describes himself the “General Secretary of the Cricket Council of India” on his social media profiles, took players to Australia in 2016 and Sri Lanka in 2017, police said.

“He also formed the Lawn Tennis Association of Thailand and conducted matches (in that country)… The BCCI had contacted us regarding him in 2017 and 2018, and we were on the lookout,” Chahal said.

Juventus vs Sampdoria LIVE Streaming Serie A 2019-20: When and Where to Watch Online, TV Telecast, Team News