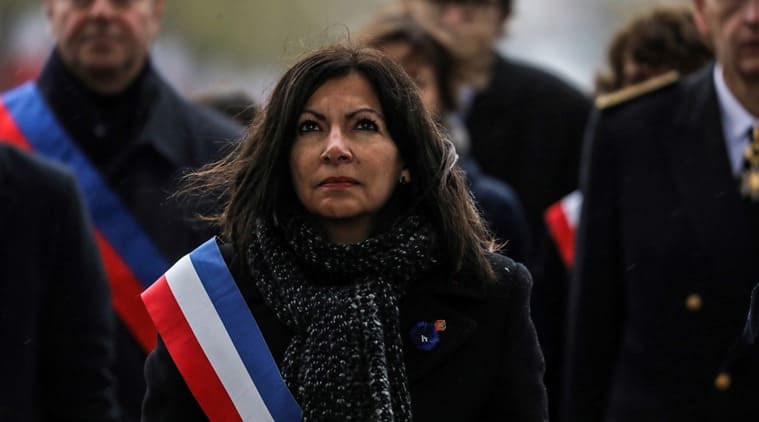 The IOC signed up Airbnb as an Olympic sponsor sparking concerns from 2024 host city Paris that the home-sharing company is contributing to the rising cost of rents in the French capital.

Paris Mayor Anne Hidalgo, who has been at odds with Airbnb in recent years, set out her issues with the platform to IOC President Thomas Bach last week after news of the sponsorship leaked.

Hidalgo wrote to Bach to “alert him of the risks and consequences” of the International Olympic Committee deal, Paris city hall told The Associated Press.

At the Airbnb sponsorship announcement on Monday morning, Bach was asked about criticism of Airbnb, including pricing people out of cities.

“It is quite normal that such a disruptive business then needs to settle and needs regulation,” Bach said before details of the Paris complaint were known. “This is happening in a dialogue with Airbnb and cities and countries.”

Paris took legal action against the platform this year in a bid to have the company fined 12.5 million euros (14 million) for allowing owners to rent their properties without having them properly registered.

In her letter, Hidalgo expressed her “absolute determination to make sure regulations relating to rental platforms are reinforced.”

Jean-Francois Martins, the deputy mayor for sports and tourism, told the AP that Hidalgo is planning to hold a referendum on Airbnb’s presence in Paris if she wins re-election next year.

“She believes that Airbnb has a nefarious impact on housing,” he said. “Parisians will have the choice between several options, including the possibility to have it banned in certain areas.”

The Olympic sponsorship starts in time for next year’s Tokyo Olympics and runs through the 2028 Los Angeles Games.

“We’ll have teams on the ground to make sure that the listings are what they say they are,” Airbnb co-founder Joe Gebbia said. “And we have a guest guarantee to back that up.”

The Olympic leadership, however, will not be swapping its luxury hotels for rental accommodation.

“(It) will be very difficult to organize executive board meetings and coordination meetings at the games every day if we would be in very different locations,” Bach said. “So we will find an accommodation which also meets our working requirements.

“This is not about being good enough, it’s about meeting the needs. Our spectator, a visitor, has different needs than us who have to run the games. We are there at the games not to watch like a tourist. We are there to organize the games.”

The IOC is pledging to make at least $28 million worth of Airbnb accommodation available to athletes at the Olympics and Paralympics.

“This partnership will greatly help us because it will provide accommodation that will reduce the cost for the Olympic Games organizers and all the stakeholders,” Bach said, without providing finances.

“It will minimize the need for construction of new accommodation infrastructure for the Olympic Games period and it will generate direct revenue opportunities for the host communities.”