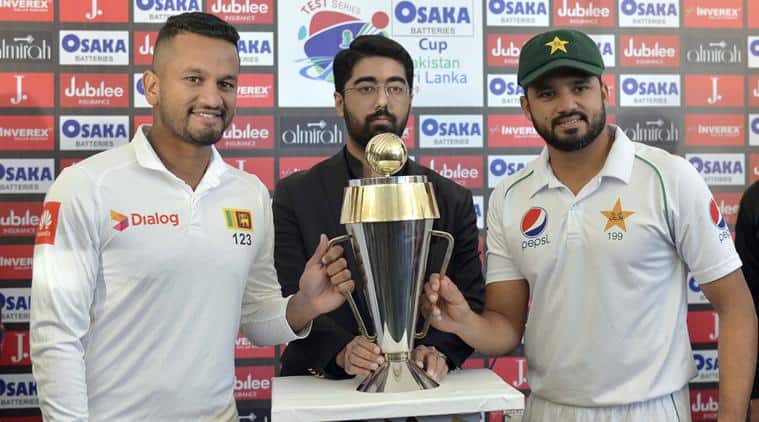 Dimuth Karunaratne-led Sri Lankan unit became the first side to play a Test match on Pakistan soil since 2009. (Source: Twitter/TheRealPCB)

Pakistan vs Sri Lanka 1st Test, Day 1 Highlights: Sri Lanka ended the first day of the first Test against Pakistan in Rawalpindi on Wednesday on a decent note with Dhananjaya Da Silva and Niroshan Dickwella manning the crease on 202/5 after an early onslaught from the Pakistani seamers.

Dimuth Karunaratne, who opted to bat first after winning the toss against an all-pace attack, smashed nine boundaries on his way to 59. With Oshada Fernando’s 40 and a late partnership between Angelo Mathews (31) and Dhananjaya (38*), Sri Lanka crossed the 200-run mark, before bad light stopped the proceedings. As for Pakistan, teenager Naseem Shah bagged two wickets, whilst his pace compatriots, debutant Usman Shinwari, Shaheen Afridi and Mohammad Abbas scalped one each.