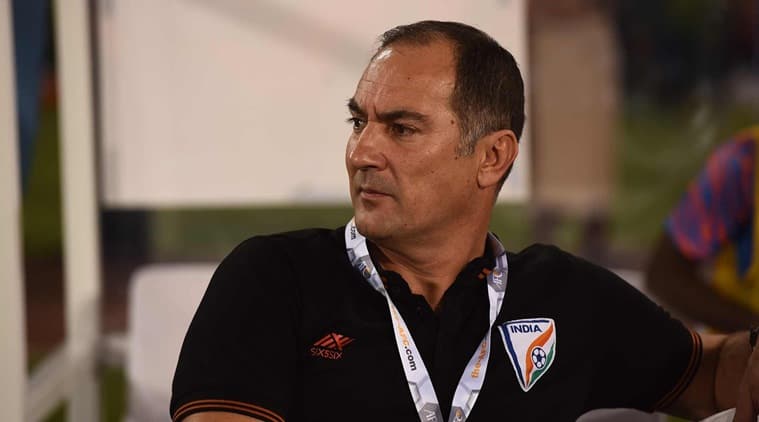 India’s football coach Igor Stimac on Friday said he is “not afraid” to field a completely new team in the next FIFA World Cup Qualifying round match against Oman after the side played out a disappointing draw with lower-ranked Afghanistan.

India drew 1-1 with Afghanistan in their World Cup Qualifying round match here on Thursday, the late equaliser from Seiminlen Doungel in added time being the saviour for the team. The result meant the 106-ranked India remained winless in their qualifying campaign so far.

But Stimac has moved on and shifted his focus to Muscat where India are slated to face-off with Oman on Tuesday.

“We know for a fact that match is going to be very difficult for us. We need to see how quickly we recover after the difficult game that we had just played,” Stimac said.

“We have many new young players coming through and it’ll be difficult to expect great results from them immediately. I have enough players in my disposal and I’m not afraid to put an all-new team against Oman,” he added.

India remained at the fourth position in Group E with three points from four matches, while Afghanistan continued to be on the third with four points.

Stimac counted the positives from the game, insisting that not giving up after conceding early was an important takeaway.

“Earlier, it was not very common when India used to come back after conceding. In the last two games we came back and snatched points in the dying minutes. It clearly shows that we are not ready to give up until the final whistle,” Stimac asserted.

“This is a primary trait of a football team who loves to challenge themselves. We are a team who prefers to push their limits when they’re behind — that makes me proud,” he added.

But he did concede that the team should have ideally picked up all three points on offer.

“In the end, neither of us could have been happy with a draw but that’s how it is. I feel we deserved more. We created a few more chances than Afghanistan and so, we deserved at least a point if not three,” the Croatian coach analysed.

Doungel, who was introduced in the 77th minute at the expense of Pritam Kotal, blasted the back of the net to provide much-needed relief to the Indian dugout.

The agile midfielder expressed his “joy and satisfaction” after scoring the equaliser which earned India their consecutive third draw in the campaign.

“A footballer always nurtures a dream of representing his country. I’m no different and then scoring for your country when it was needed, gives me immense joy and satisfaction.

“But, it’s just the starting of the journey for me, I need to keep my head down and continue the good work as long as possible,” Doungel said.

On being asked about the upcoming Oman match, he stated, “Oman’s football acumen is there for everyone to see. They are a formidable force at home and we have a steep mountain to climb.

“We have garnered some good results in the past and if we can execute our plans, we can be hopeful.”