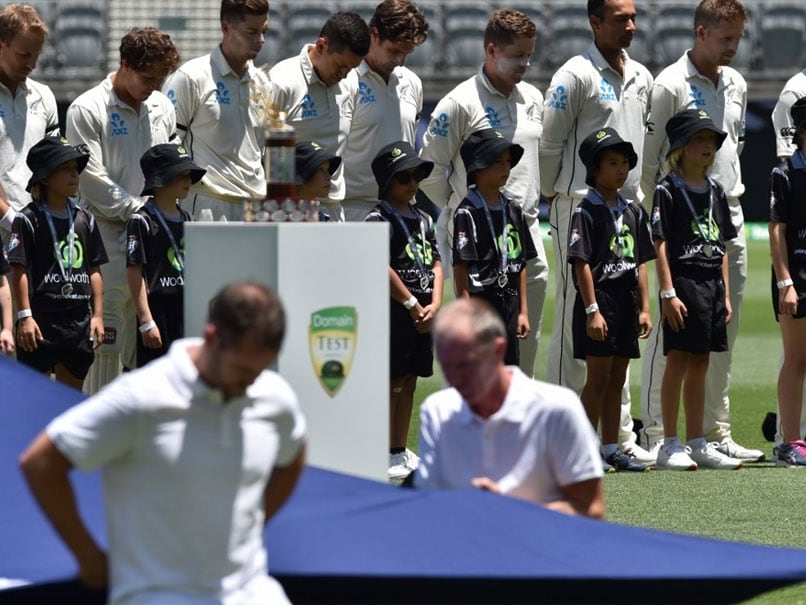 Marnus Labuschagne scored his third successive Test century, putting hosts Australia in the driver's seat on Day 1 of the opening Test against New Zealand at the Perth Stadium on Thursday. New Zealand bowlers plugged away and fought back late in the day by removing Steve Smith (43) and Matthew Wade (12). However, before the start of play on Day 2, New Zealand suffered a huge setback as fast bowler Lockie Ferguson, making his Test debut for the Black Caps, was ruled out of the rest of the match due to "a right calf muscle-tendon strain".

The express pacer, who has been a mainstay of New Zealand white-ball sides in recent years and was the second leading wicket-taker at the World Cup in England and Wales earlier this year with 21 wickets to his name, had bowled just 11 overs on Day 1.

Lockie Ferguson was denied his first Test wicket when Steve Smith was dropped in the slips on 19. Shortly after, the pacer had to leave field with a right calf problem and played no further part in the day.

On Friday, the official Twitter handle of the New Zealand cricket team, confirmed that Lockie Ferguson would play no further part in the remainder of the Test.

"An MRI scan has confirmed a right calf muscle-tendon strain for Lockie Ferguson which will prevent him bowling in the remainder of the 1st Test, although he is available to bat," read a tweet from New Zealand Cricket. "Awaiting a further report which will inform the next steps of his recovery," it added.

INJURY UPDATE: An MRI scan has confirmed a right calf muscle-tendon strain for Lockie Ferguson which will prevent him bowling in the remainder of the 1st Test, although he is available to bat. Awaiting a further report which will inform the next steps of his recovery #AUSvNZ

"Gutting, ain't it," Neil Wagner had said after the first day's play, about his teammate's injury.

"It's just one of those things. It's pretty heart-breaking for him. I know he'll be devastated as well. We all obviously get right behind him ... He's a quality player and we would have loved to see him bowl more and see what he could have done."

At stumps on Day 1, Australia were 248 for four after facing some challenging bowling from the disciplined Kiwis.

Labuschagne was the rock of the Australian innings and was unbeaten on 110, with Travis Head on 20.