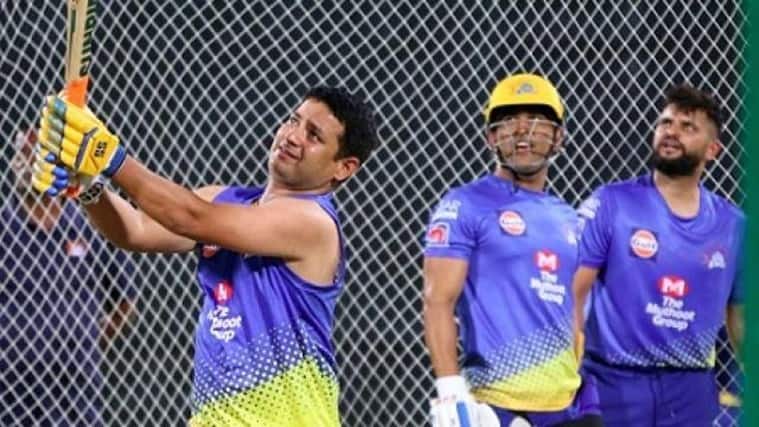 MS Dhoni was raring to go before IPL 2020 was postponed, said Piyush Chawla, one of the players in attendance at the pre-season Chennai Super Kings (CSK) training camp in Chennai. The CSK skipper showed no signs of rustiness and was batting for sessions lasting between 200 and 250 balls every day, Chawla, who was picked up by CSK at the last auction, said.

Speaking with Aakash Chopra on his Youtube channel, Chawla said, “Dhoni must have done something in Ranchi. Even after such a long gap, he did not look rusty at all. He used to see off 5-6 balls in the CSK batting sessions and then used to put on a show of big shots.”

“He was batting for long sessions. There were limited people at the camp, with many of them being bowlers. Every batsman was playing for 2-2.5 hours at a stretch, they must have been playing 200-250 balls per batsman,” said Chawla, also taking the names of Suresh Raina, Ambati Rayudu and Murali Vijay.

Chawla also said that Dhoni was the best captain he has played under, saying that the sign of a great captain is economy of words. “A great captain will not speak a lot, but whatever he says will have an effect on you,” he said.

CSK began their training on March 2, with Dhoni joining from day one. However, the camp had to be suspended on March 14. Dhoni reportedly scored a whirlwind 123 off 91 balls in a CSK practice match before the abandonment of the camp.

“MS is a natural athlete and supremely fit. He didn’t look rusty, didn’t look one bit like he was away from the game. He was clearly looking forward to the season, the way he was training, batting, keeping and being involved with the team,” CSK bowling coach Lakshmipathy Balaji had said earlier.

Team physiotherapist Tommy Simsek had said it was the first time in about 10 years he had seen Dhoni do wicketkeeping training.