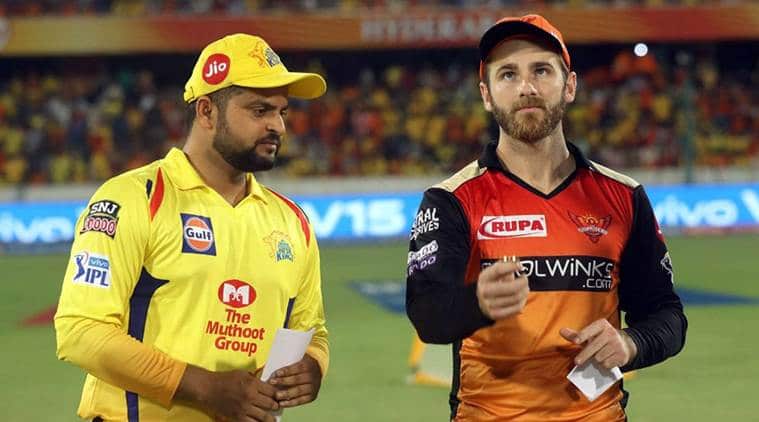 MS Dhoni is not captaining Chennai Super Kings in an IPL match for the first time since 2010. Dhoni is out with back spasms and Suresh Raina will be leading the team in his stead against Sunrisers Hyderabad. Sam Billings takes his place behind the wicket. Raina had won the toss and chosen to bat first in Hyderabad, making it only the fourth instance of a captain not choosing to field after winning the toss.

SRH skipper Kane Williamson said that Yusuf Pathan and Shahbaz Nadeem are returning to the SRH squad. SRH and CSK have endured contrasting fortunes over the past one week. While CSK are looking to secure their fifth consecutive win of the season, SRh are looking to avoid a third consecutive defeat. Their current form stands in stark contrast to the dominant fashion in which they started the season.

CSK are the runaway leaders in the league. With 14 points, they have a four-point lead in the league and have lost just one match thus far in the season. However, Dhoni has played a major role in many of these victories with the bat as well as with his captaincy. The last time he missed a CSK match was in IPL 2010 against Royal Challengers Bangalore. CSK won that match by 36 runs.