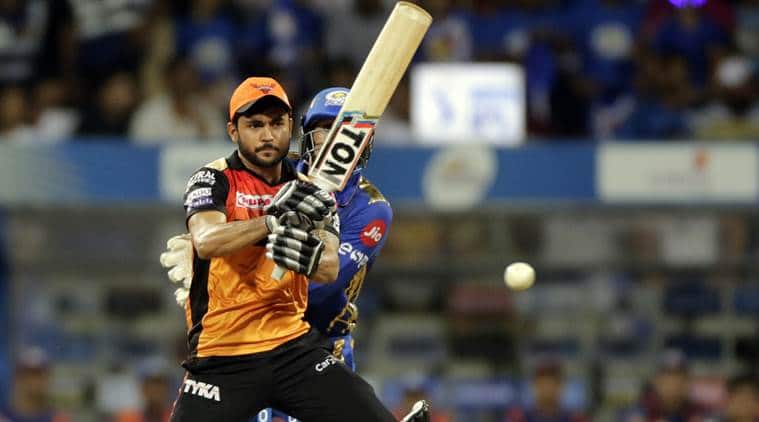 Manish Pandey registered his 16th win as captain in T20s for the calendar year – the highest in the world – as Karnataka rode on a partnership between him and KL Rahul to trounce Tamil Nadu in a Syed Mushtaq Ali T20 Trophy match by 9 wickets on Thursday.

Pandey’s 16 wins as captain is the most by any captain in this format in the year 2019. Incredibly, Pandey has won all the 16 matches he has captained. The next most prolific captain in T20s this year has been Shoaib Malik – who has won 15 of 26 matches.

Rahul, who struck six boundaries and two sixes, stitched a 70-run stand with Devdutt Padikkal (36 off 20 balls) for the opening wicket to lay the foundation of the win.

After Padikkal fell in the seventh over, in-form Manish Pandey joined forces with Rahul and the two took the side home with utmost east.

Pandey, too, was seen in his usual aggressive manner, hammering five fours and three sixes, as they toyed with the opposition bowling attack at the Lalbhai Contractor Stadium.

Earlier, put into bat, Tamil Nadu posted a decent 158/7 on the board with their skipper Dinesh Karthik leading from the front with a brisk 43 off 29 balls.

After the two openers Hari Chezhian (15) and Baba Aparajith (10) fell cheaply, Karthik steadied the ship with Washington Sundar (39 off 25 balls) with a 76-run stand.

However, Karnataka pegged back Tamil Nadu by taking three quick wickets, including that of Karthik and Sundar.

Then, a late onslaught by all-rounder Vijay Shankar helped the side near the 160-run mark.