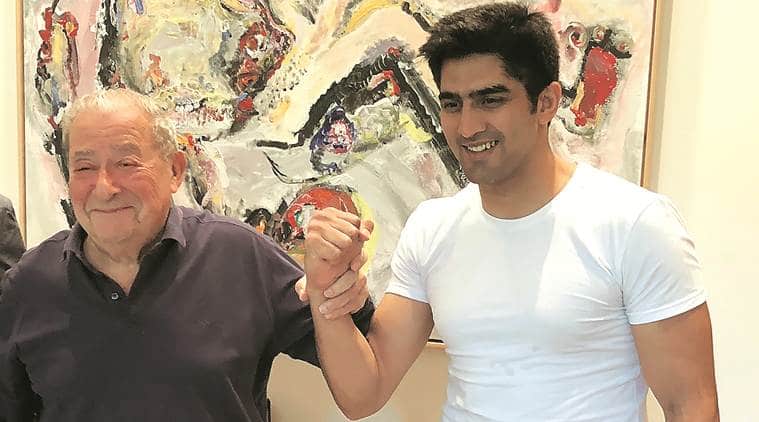 With Vijender Singh and Gautam Gambhir shifting from the boxing ring and the cricket field respectively to politics, they just joined the long list of other sports stars in the running in the ongoing general elections. Vijender let go of his job with the Haryana Police and announced he was joining Congress to contest from the South Delhi constituency.

A day prior, Gambhir – a 2011 World Cup winner – was chosen to contest the elections from East Delhi constituency on a BJP ticket. The Padma Shri awardee and former Indian batsman, who retired from cricket in December after a 15-year stint, had joined the party last month.

Shooter-turned-politician Rajyavardhan Rathore, who currently represents Jaipur Rural and is Minister for Information and Broadcasting, is contesting on a BJP ticket from the same seat. The Sports Minister won a silver medal at the 2004 Athens Olympics, and gold at the 2002 and 2006 Commonwealth Games in Manchester and Melbourne respectively. During the four-year period, he won 25 medals at various international tournaments for the country.

Contesting against him will be Congress’ Krishna Poonia a track-and-field athlete. Poonia won a gold medal at the 2010 Commonwealth Games in Delhi. The 36-year-old has competed in three Olympics and was awarded the Padma Shri in 2011.

Poonia, who originally hails from Haryana, won last year’s Rajasthan assembly election from Sadulpur after losing in the previous election.

The 1983 World Cup winning squad member was suspended by BJP and joined the Congress in February.