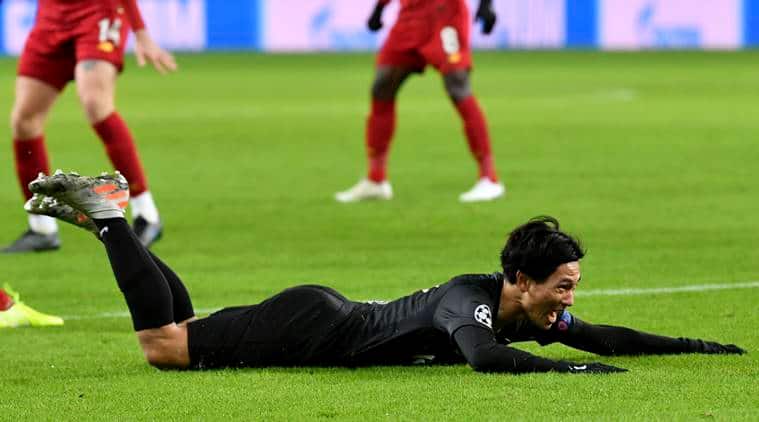 Takumi Minamino could soon become the first Japanese player to sign for Liverpool.

Salzburg sporting director Christoph Freund said Thursday his club is in talks with Liverpool over the transfer of the 24-year-old Minamino, who impressed in two games between the teams in the group stage of the Champions League this season.

“We’re honored by the kind of clubs who are interested in our players,” Freund said on Salzburg’s Twitter page.

Minamino, an attacking midfielder who can also play as a forward, joined Salzburg from Japanese club Cerezo Osaka in 2015. He reportedly has a release clause of 7.25 million pounds ($9.5 million).

Klopp was very complimentary about the way Salzburg attacked Liverpool in his team’s 2-0 win on Tuesday, which sealed the defending champions’s spot in the last 16 and dropped Salzburg into the Europa League.

The other two members of Salzburg’s forward line, Norway’s Erling Braut Håland and South Korea’s Hwang Hee-chan, have also been linked with moves away from the club.

Shinji Okazaki won the Premier League title with Leicester in 2016, while Shinji Kagawa (Manchester United), Hidetoshi Nakata (Bolton) and Junichi Inamoto (Arsenal and Fulham) are among other Japanese to have played in England’s top division.