Liam Hatcher stands in the outfield amid the smoke haze from bushfires at the SCG in Sydney. (Source: Reuters)

A thick blanket of smog engulfed the Sydney Cricket Ground (SCG) on Tuesday owing to a bushfire smoke in the city. As a result, the players who were taking part in a Sheffield Shield match (between New South Wales and Queensland) were left with wheezing cough and breathlessness.

Trent Copeland would go alright in Delhi I reckon. Also, more seriously, call this off. Gotta be a major health hazard #SheffieldShield pic.twitter.com/PXAe3J56jP

“When we arrived here this morning it reminded me of playing in India,” Usman Khawaja was quoted as saying by The Sydney Morning Herald.

Incidentally, a T20I match between India and Bangladesh last month was affected by smog at the Feroz Shah Kotla Stadium in New Delhi. 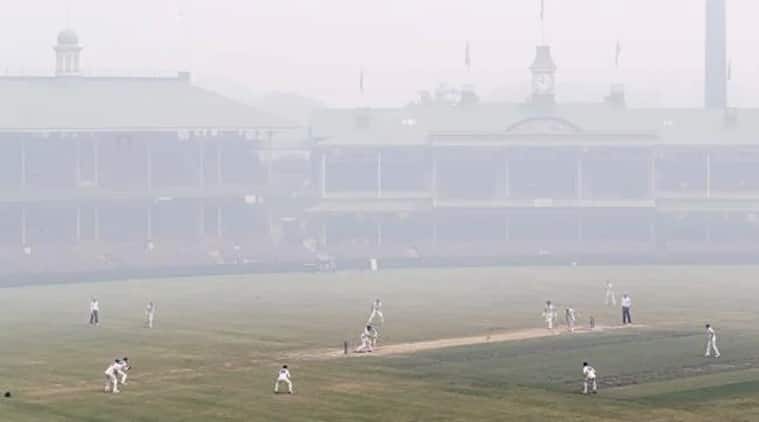 Players in action amidst the haze. (Source: AAP) 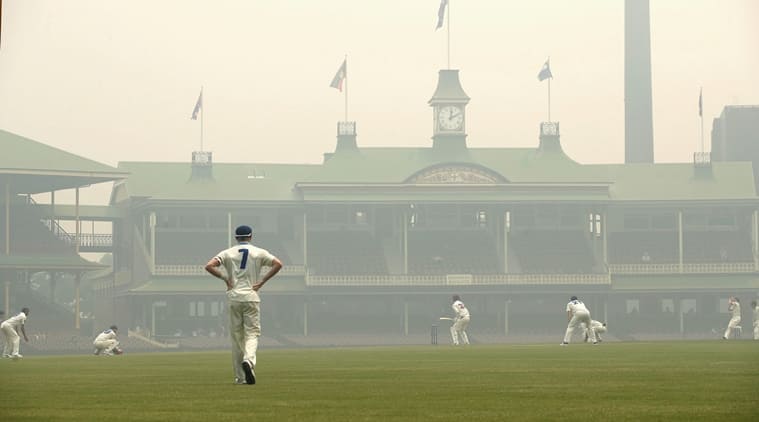 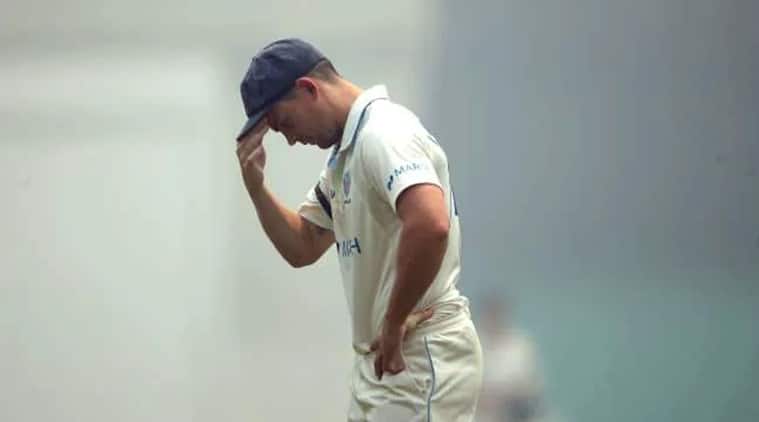 Steve O’Keefe has his head in hands. (Source: AAP)

In the match between NSW and Queensland, bowlers also had a tough time in conditions which affected visibility. Match officials and medical staff monitored readings throughout the day as a precaution, but play wasn’t stopped because of the haze.

NSW spinner Steve O’Keefe, who finished with figures 3/28 compared the conditions to ‘smoking 80 cigarettes a day’.

Through the Sydney smoke, Steve O’Keefe wrapped up Queensland’s tail with a couple of beauties – and he was PUMPED! #SheffieldShield pic.twitter.com/54asVNZco0

“I don’t have kids, but if I did they’d be locked up inside, and if I was at home I wouldn’t be training or playing. For someone like me who smokes 40 a day, it’s now like smoking 80 cigarettes a day,” he said.