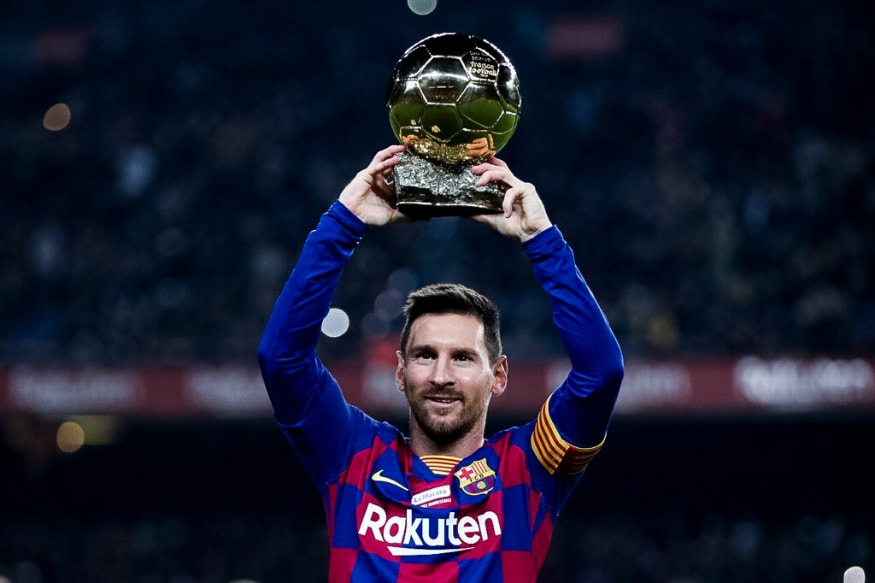 Lionel Messi celebrated his sixth Ballon D'Or award with a brilliant hat-trick as the Argentinian etching his name into the history books again after pulling clear of Cristiano Ronaldo's 34 La Liga trebles to stand alone.

With one of its best performances of the season, Barcelona cruised to a 5-2 win over promoted Mallorca on Saturday, keeping pace with Real Madrid and regaining the league lead.

Before the match, Messi was presented with the Ballon d'Or award which he won for best player of the year on Monday. Messi's three young sons carried the trophy out to him as the Camp Nou crowd chanted his name, before putting on a show which highlights why he is considered the best player on the planet.

Barcelona sizzled in attack, with Antione Griezmann dinking the ball over Manolo Reina to break the deadlock after seven minutes.

The Catalans constantly threatened and Messi whipped home the second from distance 10 minutes later, curling the ball effortlessly into the top left corner.

Budimir pulled one back for Mallorca with an effort that deflected off Clement Lenglet, but Messi soon stroked home a second.

Luis Suarez scored the pick of the bunch two minutes before halftime, powerfully back-heeling past Reina after being set up brilliantly by Frenkie de Jong.

Budimir headed in a second with Ander Ter Stegen out of position but Messi wrapped up the win by rifling home his third, a record 35th La Liga hat-trick.

It was Messi's 12th goal of the season, making him the division's top scorer, completing an excellent week for the forward after his success at the gala in Paris on Monday.

Barcelona have won nine of their last 10 league matches, including four in a row. In fact, they have lost only once in their last 14 games in all competitions.