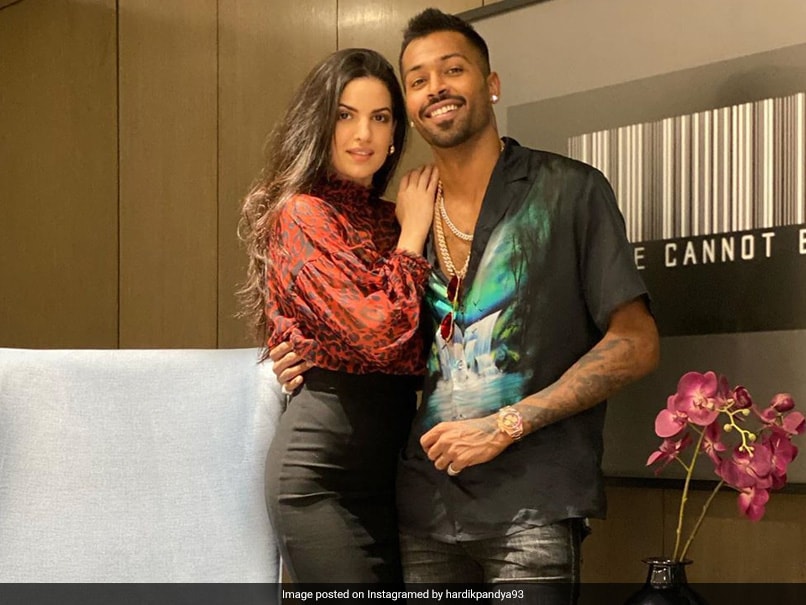 Hardik Pandya made a strong statement after recovering from a back injury with a 37-ball century in a DY Patil T20 Cup match in Mumbai. Among all his admirers, Hardik Pandya's fiancee Natasa Stankovic stood out with her praise for the Team India all-rounder. Natasa Stankovic, who got engaged with Hardik Pandya on the New Year's day, shared his picture from the match on Instagram, with text written on it: "37-ball hundred for Hardik 'Kung Fu' Pandya. The deadly hitter is back at work."

Natasa Stankovic added stickers of a roaring lion and 'my heart is full' on her Instagram story post. 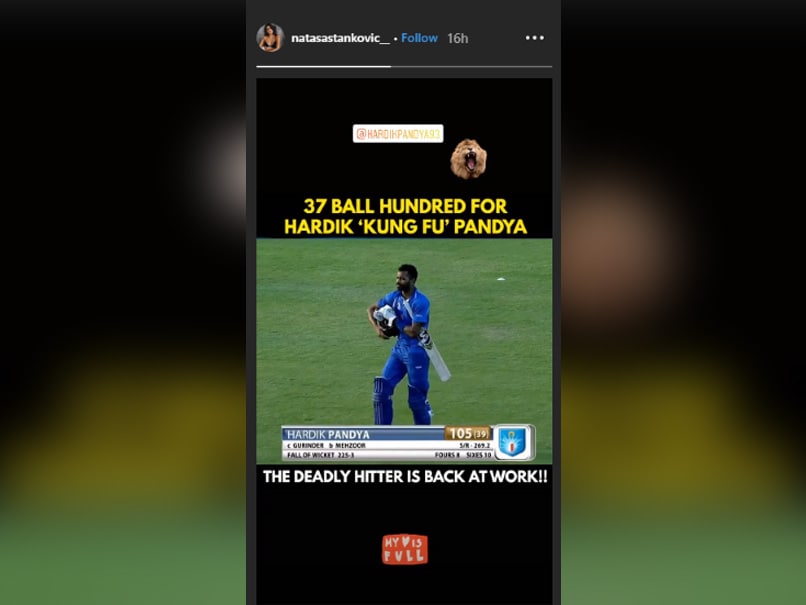 On January 1, Pandya had announced his engagement with Serbian actress Natasa Stankovic on social media.

Pandya had shared the news with a few pictures and a video on Instagram, saying: "Mai tera, Tu meri jaane, saara Hindustan. 01.01.2020 #engaged."

The cricketer-actor pair never fails to charm their fans with lovable pictures and wishes for each other on social media.

Pandya, who underwent a surgery last year, was left out of the New Zealand tour after failing a fitness test.

With the impressive knock, Pandya made a strong case for his inclusion in India's squad for the upcoming three-match One-day International series against South Africa.

The HPCA Stadium in Dharamsala will host the first ODI on March 12, followed by matches in Lucknow and Kolkata on March 15 and 18 respectively.