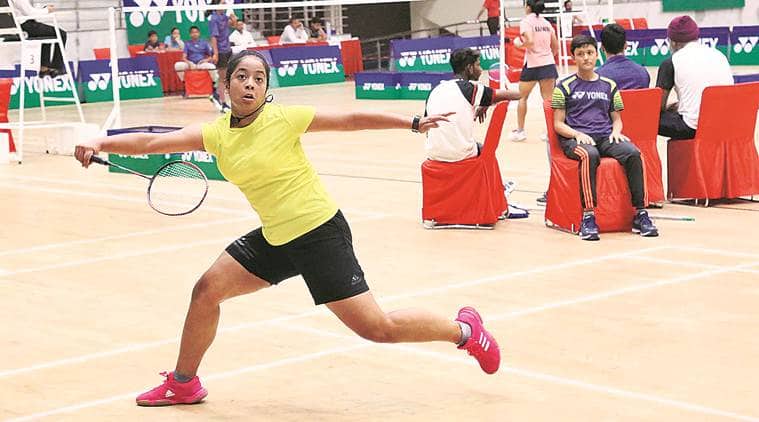 The tournament is being played at Tau Devi Lal Stadium.

The match saw both the players matching each other in the opening game before Bisht pocketed the opening game 21-19 to take a 1-0 lead. The second game too saw Bisht winning some crucial points and the Uttrakhand youngster claimed the game 21-19 to enter the quarter-finals. Earlier in the day, Bisht had ended the challenge of Aradhya Kushwaha of Uttar Pradesh with a 21-11, 21-1 win.

It was also a winning day for Sakshi Gahlawat of Haryana as she fought her way back to carve out a 13-21, 24-22, 21-17 win over Uthsava Palit of West Bengal to seal her place in the quarter-finals. The match began on a slow note for Gahlawat as she lost the opening game 13-21. Trailing by 0-1, Gahlawat regrouped her energy in the second game and matched Palit before claiming the game 24-22 to restore parity. The third set saw Gahlawat playing with control and the Haryana youngster won the game 21-17. Earlier in the day, Gahlawat had scored a 21-19, 12-21, 22-20 win over second seed Amolika Singh of Uttar Pradesh.

In the boys’ U-19 category, top seed Maisnam Meiraba of Manipur ended the challenge of Ravi Kumar of Haryana with a 21-14, 21-11 win. Meiraba claimed the opening game 21-14 before winning the second and final game 21-11 to enter the quarter-finals. In another match of the same category, Sarath D of Andhra Pradesh fought his way hard to score a 18-21, 23-21, 21-12 win over Govind K of Kerala. Sarath lost the opening game 18-21 before winning the second game 23-21 to restore parity. The third game saw Sarath playing with control and the youngster won 21-12 to march into the quarter-finals.

In the girls’ doubles category, the top seed pair of Treesa Jolly and Varshini VS scored a 21-13, 17-21, 21-15 win over Trisha Hegde and Aadya Variyath to enter the quarter-finals.