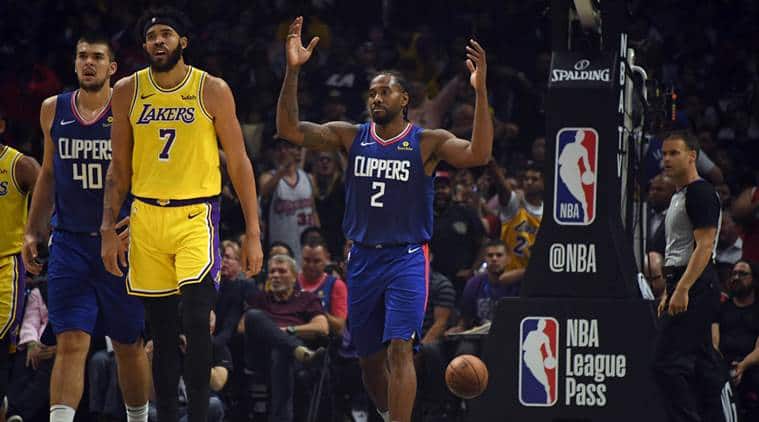 Kawhi Leonard scored 30 points, leading the host Los Angeles Clippers to a 112-102 victory over the Los Angeles Lakers in the season-opener on Tuesday night at the Staples Center.

Lou Williams added 21 points and Montrezl Harrell delivered 17 points and seven rebounds off the bench for the Clippers. They helped the Clippers’ bench outscore the Lakers’ reserves 60-19.

Danny Green led the Lakers with 28 points by hitting 10 of his 14 field-goal attempts, including 7 of 9 on 3-pointers. Anthony Davis scored 25 points and 10 pulled down boards, while LeBron James had 18 points, nine rebounds and eight assists.

A 19-7 run to open the fourth helped the Clippers clinch the win and hold off the Lakers down the stretch.

Davis scored 18 points and James had 14 in the first half. The Clippers converted 56.1 percent of their shots from the floor compared to 47.4 percent for the Lakers. Overall, the Clippers outshot the Lakers 51.9 percent to 43.5 percent.

In the third, the Clippers increased the lead to 70-56 after a 3-pointer by Patrick Patterson at 9:56. But the Lakers answered with a 10-2 surge to pull to within six after a dunk by James less than three minutes later.

A 15-0 run gave the Lakers an 85-82 advantage after a 3-pointer by Danny Green, who scored 18 points in the third. JaMychal Green’s trey tied the score heading into the fourth.

The Lakers roared to a 13-2 lead after a bucket by Davis less than four minutes into the game. However, the Clippers rallied, cutting the deficit to 25-22 at the end of the quarter.