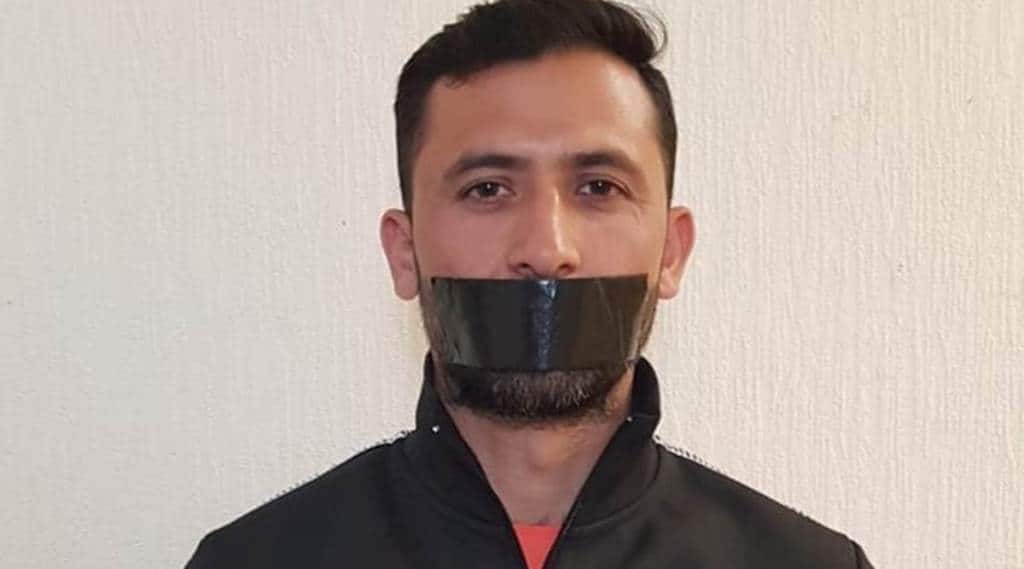 Pakistan fast bowler Junaid Khan has taken a dig at Pakistan Cricket Board (PCB) after his exclusion from World Cup squad. PCB surprised everyone by selecting Wahab Riaz ahead of Junaid in the squad. Riaz has not played a single ODI since June 4, 2017, in Champions Trophy 2017 group match against India.

The selection of Riaz has raised eyebrows as he hasn’t played international cricket in almost two years. On the other hand, Junaid was in the reckoning to be a part of Pakistan’s bowling attack on English pitches.

Shocked by the selection, Junaid took to Twitter to express his disappointment by putting tape on his mouth launching a scathing attack against PCB:

Junaid was a part of Pakistan’s squad in the recently-concluded five-match ODI series. Similar to most Pakistan bowlers’ fate in the series, Junaid too was dominated by the English batsmen. In two matches he picked just two wickets. His economy rate was 7.88 runs per over. In the fourth ODI, he gave as many as 85 runs in his quota of 10 overs.

Even though Junaid’s recent performance on flat English pitches has been ordinary, Riaz has not had a good record in these conditions either. He has taken 4 wickets in 7 matches on England soil at a disappointing average of 96.25.