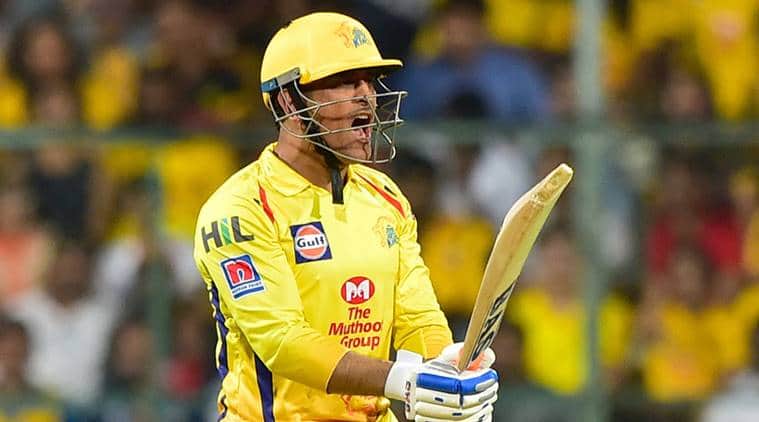 When it comes to late finishes and games that go down to the wire for Chennai Super Kings, MS Dhoni has been an important part of that storyline. In most cases, that storyline is a fairytale for Chennai and Dhoni. Unfortunately for them, that wasn’t the case when they faced Royal Challengers Bangalore on Sunday (April 21).

With 36 runs needed in 12 balls, Dhoni was joined by Dwayne Bravo in the middle. There was some surprise when Dhoni opted against taking three singles in the penultimate over. Even though Dhoni got CSK within a run from a tie and two from victory, many wondered why he didn’t take those all-important runs.

Dhoni scored 10 runs from the 19th over bowled by Navdeep Saini. It reduced the equation to 26 off the last over and smacked Umesh Yadav for 4, 6, 6, 2, 6 before Shardul Thakur was run out at the other end, denying CSK a glorious finish.

“I think it was still difficult at the death,” Dhoni said, at the post-match interview. “If you bowl that back of a length it was slightly spongy, it was not really coming on to the bat, which meant the new batsman who would have come, he would have also found it slightly difficult.

“Since I have played so many balls, I can afford to take that risk, because a lot of runs were needed. I think 10 or 12 deliveries, we needed some close to 40 runs or 36 runs or something like that, which meant a lot of boundaries were needed.”

“So yes, right now you can calculate, two runs over there, one run over there, and we are through, because we lost by one run, but at the same time what you have to see is what if there were a few dot balls, whether we could have got those extra boundaries or not.”

Dhoni said there is a lot of thinking that goes into how an innings is paced, especially when batting in the middle order. “It’s just that batting, once you go in and that’s the time you need to think as an individual what really is needed for the team as of now whether it’s a partnership needed or few big shots. It’s easy to go and play the big shot and even if I get out others will do the job.

The problem arises once you play a big shot and you can’t really get out and that puts a lot of pressure on the other batsmen. That’s something we need to calculate. That’s why I think the top three can be finishers, they may do it a few times, but when you bat at 5, 6 or 7 whatever you are calculating you have to put a lot of thinking behind it because you lose one more wicket and the game is over at that point of time,” he said.

Chennai Super Kings coach Stephen Fleming backed Dhoni’s decision to not run those singles in the 19th over. “I think the reason was Dhoni felt he was best equipped to hit the sixes. The way he calculates the last few overs based on his power. He would have looked at it saying ‘I need four-five sixes’ to win the game. And as it panned out, it was pretty close.”

“He is so calculative that I would never question the last part of an innings with Dhoni. Yes, Bravo’s got power but if MS has a feeling that he’s going to win it this way, I’m going to back him every time. He’s done this so many times and look, tonight he got us so close to the game so I’ll never question that,” Fleming said.