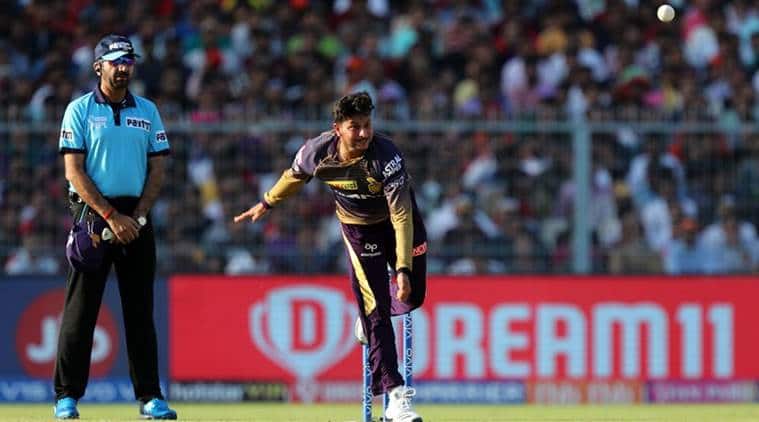 Days after being spanked for 59 runs from four overs against Royal Challengers Bangalore, Kuldeep Yadav has dropped from Kolkata Knight Riders’ playing XI for the fixture against Sunrisers Hyderabad at the Rajiv Gandhi International Stadium. This is the first time Yadav is missing an IPL game since May 2017.

Also making way out of the KKR lineup is Robin Uthappa – first time he’s missing a game for KKR. The third absentee from the playing XI is Prasidh Krishna.

In their place are Rinku Singh and KC Cariappa for their first IPL appearance this season and a debut for Yarra Prithviraj. He’s a left-arm pacer from Andhra Pradesh and may be familiar with the ground and the conditions. He’s played only one T20 match so far, in the Syed Mushtaq Ali Trophy earlier this year.

At the toss, KKR skipper Dinesh Karthik said, “Now that we have lost the toss, we have to make the most of it when we bat first. We have made three changes to the team. Those players will bring breathe of fresh air to the team. As a captain you have to stand up in the big games and this is a big game for us.”

Sunrisers Hyderabad, meanwhile, have opted against making any changes following their win against Chennai Super Kings (CSK) last time around. Kane Williamson, who won the toss and opted to field, said, “First day game (after a long time), so slight change and one the guys are looking forward to it. They probably feel the same (on winning the game). Everyone wants to win but we had a good last game. So we will look to get on a roll from that. The guys at the top are going brilliantly well. But it is a fresh start, new game and it is important to adapt.”