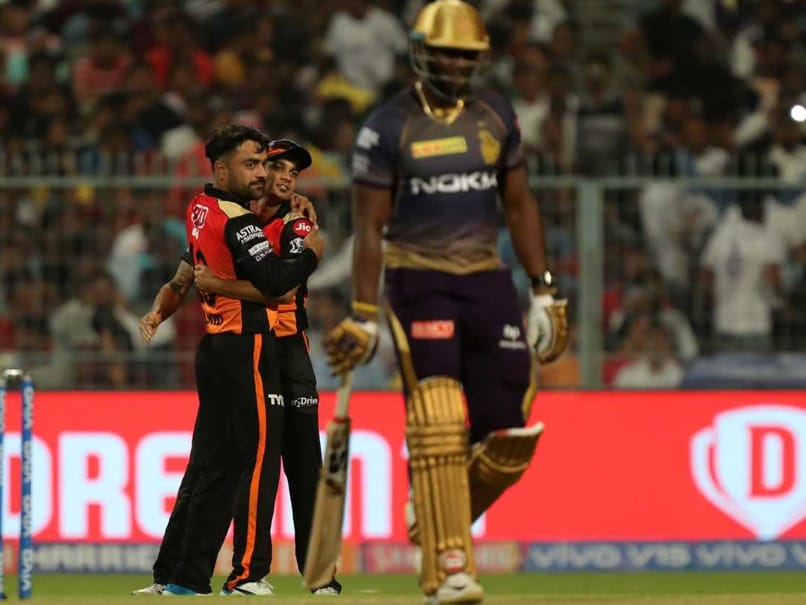 SunRisers Hyderabad (SRH) will be looking to continue their winning momentum when they host Kolkata Knight Riders (KKR) at the Rajiv Gandhi International Stadium in Hyderabad in the first of two Indian Premier League (IPL) matches to be held on Sunday. Brimming with confidence after breaking Chennai Super Kings' winning streak, SRH will climb to fourth position on the IPL points table with a game in hand if they manage to secure a win. As for KKR, who have lost their last four matches on the trot, a defeat against SRH would create a gap between them and the top five teams and deal a considerable blow to their chances of qualifying for the playoffs. It could come down to a Rashid Khan vs Andre Russell battle today, as the latter has had relatively less success against the turning ball. In their last meeting at the Eden Gardens, KKR won by six wickets, with Russell smashing a 19-ball 49, in a chase of 182. (LIVE SCORECARD)

Match yet to begin