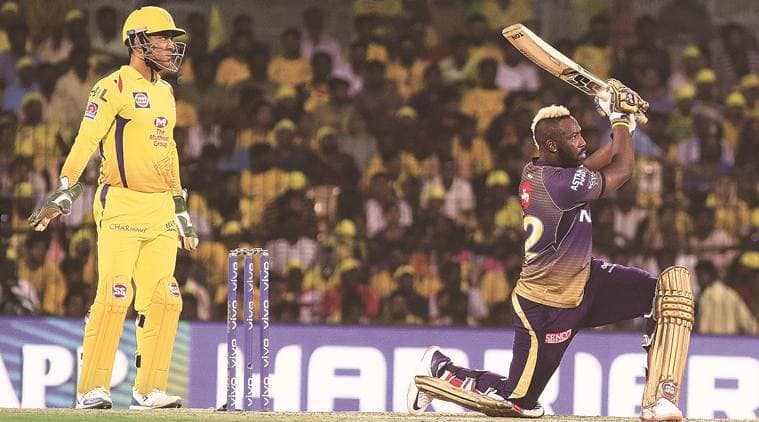 IPL 2019 KKR vs RCB Live Cricket Score Streaming Online Today Match: Their house in complete disorder after seven defeats from eight outings, the Virat Kohli-led Royal Challengers Bangalore will be desperate for a win to stay afloat in the IPL when they take on Kolkata Knight Riders here on Friday. It would be a great opportunity for the Bangalore outfit to post a win against an opponent who are low on confidence having slipped from second to sixth position in the points table after suffering three straight defeats.

In fact, to make matters worse, Kolkata’s dangerman Andre Russell has suffered an injury scare after being hit on his left shoulder by a bouncer during their practice. Russell was already suffering from niggles ahead of their last match against Chennai Super Kings and had failed to fire for the first time, exposing KKR’s over-reliance on the West Indies big hitter.

When is KKR vs RCB in Indian Premier League?

KKR vs RCB match in the Indian Premier League will be played on Friday, April 19, 2019. It is the 35th match of the tournament.

Where is KKR vs RCB Indian Premier League match?

KKR vs RCB in Indian Premier League will be played at the Eden Gardens in Kolkata.

What time is KKR vs RCB Indian Premier League match?

KKR vs RCB match in Indian Premier League begins at 8 PM IST. The toss will take place at 7:30 PM IST.

How do I watch online streaming of IPL 2019 contest between KKR vs RCB?

KKR vs RCB match in Indian Premier League live streaming will be available on Hotstar and Jio TV. You can also catch live scores, live updates and live commentary on IndianExpress.com.