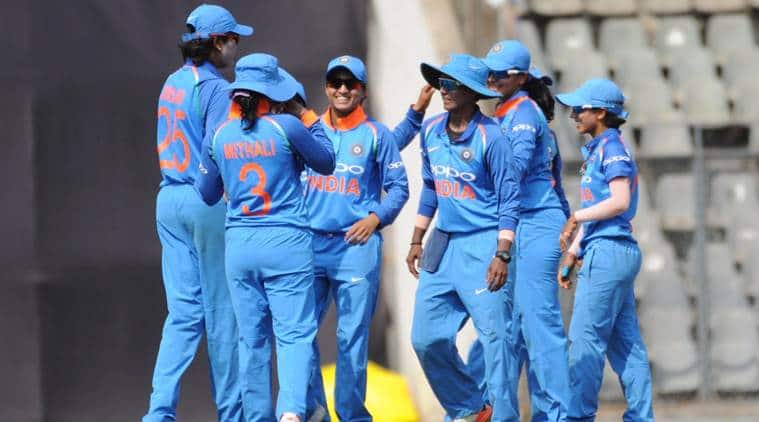 Left-arm spinner Ekta Bisht snared four wickets as Indian bowlers dished out a clinical effort to beat England by 66 runs in the first ODI of the ICC Women’s Championship in Mumbai on Friday.

Bisht returned with impressive figures of four for 25 to help Indian women defend a modest a 203-run target by bundling out England women for a paltry 136 in 41 overs to take a 1-0 lead in the three-match series.

For the visitors, Natalie Sciver top-scored with a 66-ball 44, while skipper Heather Knight remained unbeaten on 39. Chasing the modest target, England, in fact, were in a comfortable position at 111 for three by the end of the 30th over before the visitors crumbled like a pack of cards, losing their last seven batswomen for just 24 runs to surrender the match.

Bisht wrecked England women by taking three wickets in a span of five balls in the 41st over to register the comfortable win for her side. Earlier, young Jemimah Rodrigues top-scored for Indian women, scoring 48 off 58 balls while skipper Mithali Raj made 44 off 77 deliveries.

Asked to bat, openers Smriti Mandhana (24) and Rodrigues (48) gave a steady start to India’s innings sharing 69 runs for the opening wicket. But just after the drinks break, Mandhana played on a Georgia Elwiss delivery while going for a pull.

India then lost Deepti Sharma (7), who was stumped by Sarah Taylor off Sophie Ecclestone. Ecclestone, stuck in her very next over, removing a well-set Jemimah as India slumped to 92 for 3. Then Sciver struck twice in the 22nd over — first removing debutant Harleen Deol (2) and then Mona Meshram (0) as India looked in a spot of bother.

But Raj and wicket-keeper Bhatia then joined hands and steadied the ship with a 54-run stand off 94 balls for the sixth wicket. Raj, who struck four boundaries, was poised for another fifty before she was trapped in front of the wicket by Elwiss in the 42nd over.

After Raj’s dismissal, wickets kept tumbling at the other end before Goswami chipped in with a handy 30-run knock off 37 balls, which included three fours and a six, to take the hosts past the 200-run mark.