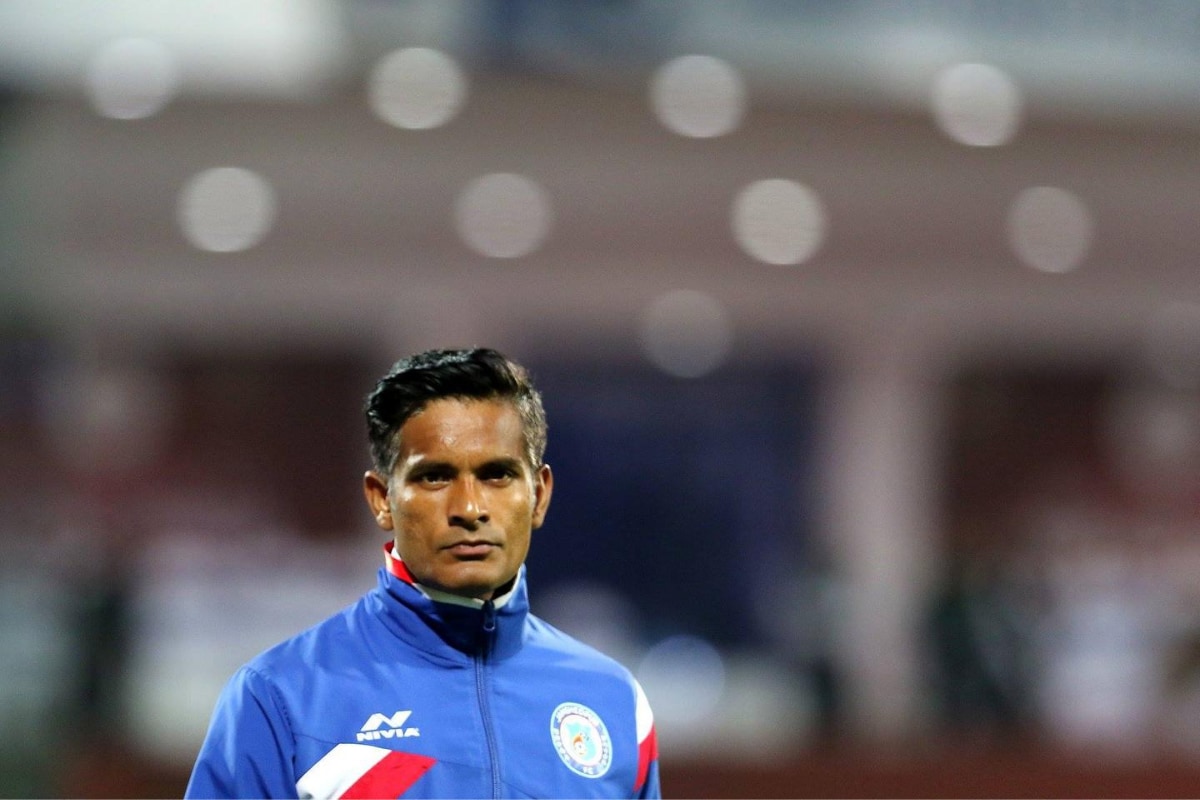 He has not been in the Indian football squad for the last few years but 'spiderman' goalkeeper Subrata Paul is hoping to make a come back to the national team during the Asian Cup in 2023.

The 33-year-old Paul last played for India in 2017 and since then Gurpreet Singh Sandhu has been a regular under the Indian bar. Paul, though, is still going strong in the Indian Super League for Jamshedpur FC and now for Hyderabad FC.

"I strongly believe that I have a lot to contribute to the national team. Coach has (Igor Stimac) said whoever has an Indian passport stands a chance to get selected to play for the country. I am working day in and day out to achieve it," Paul said.

"I want to play another Asian Cup. It may sound funny," he said during a chat with the AIFF TV.

India is already out of contention for a 2022 FIFA World Cup berth but Stimac's side is very much in the reckoning for a 2023 Asian Cup spot. The joint qualification campaign resumes with a match against Asian champions Qatar in Bhubaneswar on October 8.

Paul, who was referred to as 'spiderman' by the Asian media for his exploits during the 2011 Asian Cup in Doha, admitted that the thought of not being able to make it to the national team has been "troubling" him.

"I am blessed to be financially stable, I already have a contract with a club. But there's something in me that is troubling me – and I know I can be there (in the team). That's the challenge which I have taken," he said.

"The urge to be back again is what is driving me. I have full respect for coach Stimac. If he thinks I am good enough he will call me. I am not being arrogant. I have played 74 matches for India."

Paul said if he did not have anything to offer to the national team, he will pack his bags and hang his boots.

"(Gianluigi) Buffon is my motivator. If coach calls me up, I'll come up. Everyone knows about my work ethic. Age is only a number. If you stay fit, you can become number one."

He said he also looked up to former Indian cricket captain and current BCCI chief Sourav Ganguly who had made a comeback to the national team after being out of it for some time.

"He (Ganguly) is driving me and is my biggest motivator. When he was dropped from the Indian team, he struggled. But he showed the character, mental toughness. The manner in which he fought back is known to all, and after his comeback, he played at his peak."

Australian football legend Tim Cahill sent a message, lauding Paul's "work ethic and commitment" and said he was lucky to have played with him at Jamshedpur FC.

"Off the park, one of the best things about him is his commitment and professionalism. In the game, he is second to none," Cahill said.

"The title 'Spiderman' that he got in the game against us and all the games he played in 2011 Asian Cup was because he was on the top of his game because of his work ethic."

Paul also said Australian goalkeeper in 2011 Asian Cup, Mark Schwarzer, who was then playing for English Premier League side Fulham, came to Indian dressing room to exchange shirt with him after India lost 0-4 in their opening match.