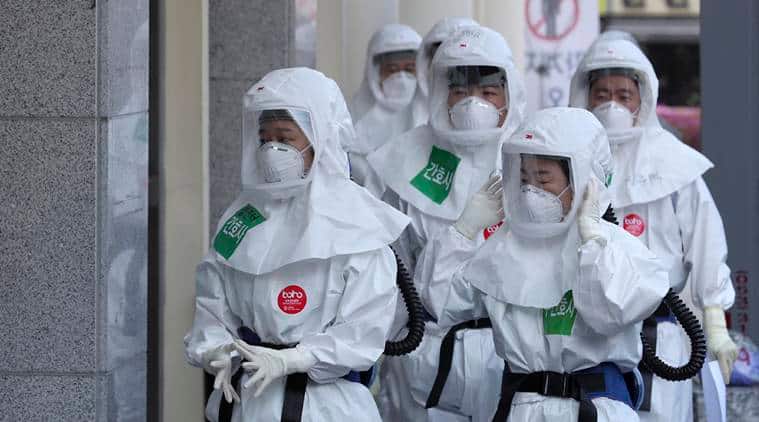 The new coronavirus causes mild or moderate symptoms for most people, but for some, especially older adults and people with existing health problems, it can cause more severe illness or death. (AP/File Photo)

Wiser after SARS outbreak, All-England Club had a virus-related clause in their insurance policy. As for IPL, like most mega sporting events, it didn’t factor a world-wide disease outbreak.

While global sporting leagues and competitions all across the world reel from the effects of the Covid-19 virus strain, the All-England Club is set to benefit from some foresight on their part. According to The Times, Wimbledon chiefs are to see their insurance triggered by the cancellation with the clause that covers infectious diseases set to be worth as much as £100m. (Insurance premium paid is an estimated 26 million pounds).

According to the Daily Mail, the Wimbledon’s insurance policy was updated in 2003 for a virus-related clause after a SARS outbreak.
The Mail article also claims that the Wimbledon is the only slam with a virus-related insurance policy and that the French Open’s insistence on holding the tournament later this year came from the fears of losing out on an estimated £230 million. The 134th edition of the oldest tennis Grand Slam will now be held from June 28 to July 11, 2021.

The definition of pandemic as opposed to that of an epidemic may end up costing the Indian Premier League a precious insurance pay-out. An epidemic is defined as a disease that affects a large number of people within a community, population or region, whereas a pandemic is the same, but spread across multiple countries and continents.

According to a source in the BCCI there is no pandemic insurance cover for the IPL. “The BCCI insurance doesn’t cover pandemic. It covers epidemic, terrorism and climate related stuff. Pandemic situation is unprecedented. We have insured players’ fees so that if they get injured, they can get money. Ticketing during play-offs and final is also insured,” the BCCI source told this newspaper.

The Open was also smart

The Open was also cancelled shortly after Wimbledon was culled. One of the reasons the golf championship was canceled rather than postponed like the Masters and PGA Championship is because of the insurance cover it has, a source told Golf Digest. Like Wimbledon, there is a policy in place that shields against a pandemic. According to Golf Digest, the Open had to cancel by a certain date in order to collect insurance money.

The Australian GP was set to go ahead on March 15 until a McLaren garage member was diagnosed with coronavirus – a decision that comes with obvious financial repercussions. According to Australian newspaper Herald Sun, the Grand Prix Corporation is set to explore claims through the Victorian Managed Insurance Authority – the state government’s own insurance agency. The Herald Sun also reported that the Scott Morrison-led Liberal Party of Australia would not be bailing Melbourne out if F1 management decided to dump the huge fee of the race on the state, despite the cancellation of the race.