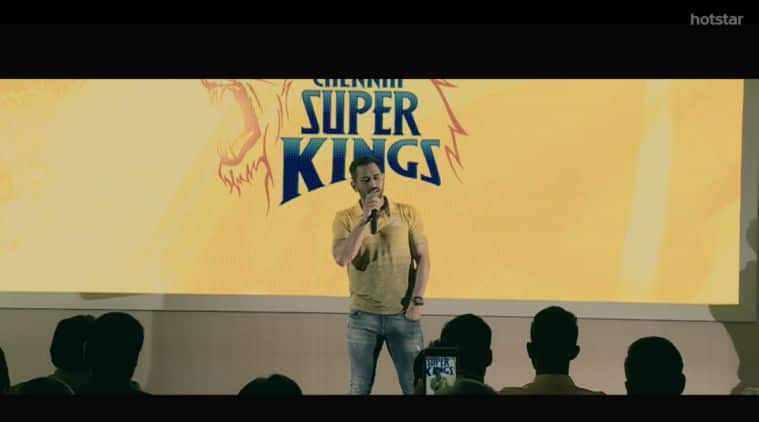 The second episode of ‘Roar of the Lion’ picks up from where the first episode left the viewers. Now Chennai Super Kings have returned to the IPL following their two year ban. But what happened prior to the first game of the season? These questions are revealed in the 24 minute episode titled ‘We are back’.

Remember MS Dhoni choking at a CSK event in 2018 while addressing the two-year ban, which drew media attention? In the episode, Dhoni recalls the incident and revealed that he was already emotional before heading to the stage, as he was asked to address the team after a video montage of the franchise and an emotional speech by franchise owner N Srinivasan.

Apart from watching “Captain cool” getting emotional, the reactions of fellow teammates in the segment are interesting to watch. “Kabhi na kabhi to banda toot ta hi hai…” says Suresh Raina, who had stood up to give water to Dhoni while he was choking up, said in the episode.

“We had never seen MSD like that before, this emotional,” said West Indies allrounder Dwayne Bravo. Shane Watson, who had joined the franchise last year for the first time, further added: “It made me realise how special it means to be a part of CSK.”

Another never-before-heard story that was revealed in the episode was the truth behind CSK’s bus parade in Chennai last year. While the media had described it as a “surprise” for the fans, it was in fact completely unplanned. Dhoni revealed that the playes just decided to travel to the stadium while sitting atop the open space in the bus to enjoy the atmosphere in the city. Little did they realise that there would be 10,000 fans coming alongside!

Rakesh Singh, a board member of the franchise said: “We thought we might receive a call from the Commissioner asking us what are we up to without permission.”

While it was Sam Billings who had shared the video of the CSK practice match amid 10,000 fans last year on Twitter, Dhoni further revealed in the episode that it was his idea to open the stands during the practice game as he felt there was a lot of excitement to see the team play.

The segment showcasing the crazy fan following of the franchise lures interest, but while watching, one starts to wonder whether the political controversy that led to CSK home games being shifted away from the city will be discussed in the fuure episodes.

The final segment of the episode features a highlight package of CSK’s first game against Mumbai Indians last year.

Overall, for CSK and MS Dhoni fans, episode two has a lot to offer and does not disappoint, even though it could have easily been reduced in time covered.