"Have Your Moment On Twitter": Archer Snaps Back At Ex-Windies Pacer 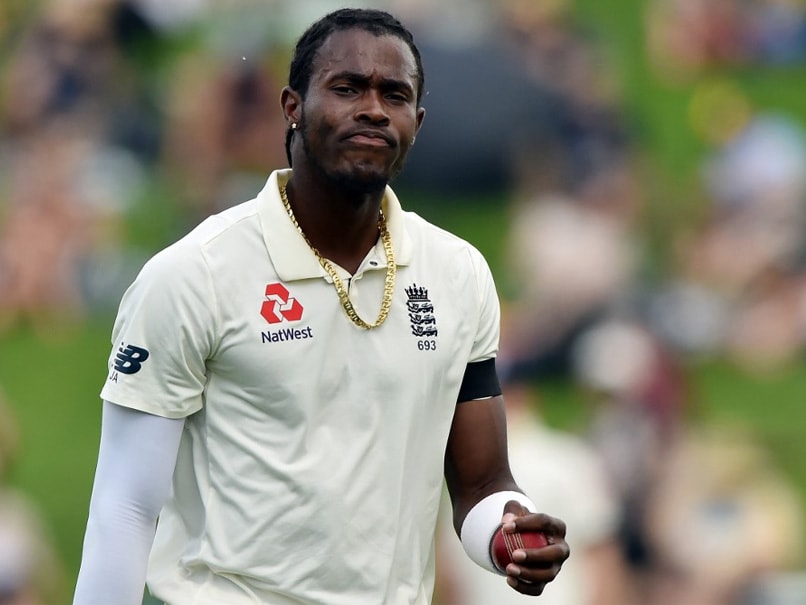 Jofra Archer's Twitter posts are the stuff of legends. In the past, the 24-year-old's cryptic tweets have gone viral with many fans jokingly crediting the pacer for making freaky but accurate predictions. However, there was nothing cryptic about Jofra Archer's tweets on Friday night as he responded to former West Indies pacer Tino Best on Twitter. Best, who played 25 Tests, 26 ODIs and six T20Is for the West Indies, had taken took to Twitter in November and spoken about Archer "bowling so slow" during England's tour of New Zealand.

Is anyone concerned @bbctms that Archer is bowling so slow and only in his second series???? Even in the 1st test pace was down ever tho he had so much rest before NZ tour ?? Is he HURT ?? like we need to take the Right Hand Fast and put him to Medium- Fast #NZvENG .

Replying to that tweet, Archer, on Friday, wrote: "The captain and I aren't worried; but thank you for concern I really appreciate it."

But that wasn't the end of it as Tino Best tweeted again, saying that "the problem with this generation is NO one can take constructive criticism".

The problem with this generation is NO one can take constructive criticism I have the same issue with my son , every young person thinks when u speak to them it's disrespectful wow , well u live and u learn according to the OLD folks.

Archer, though, was having none of it and snapped back at Best.

"If that was really your intention you would of messaged me personally, Barbados isn't big you could of gotten into contact with me but go on have your moment on Twitter," replied Archer.

If that was really your intention you would of messaged me personally , Barbados isn't big you could of gotten into contact with me but go on have your moment on Twitter https://t.co/qfR0MD21m4

Archer was not at his best in New Zealand and managed to take just two wickets in the two-Test series. Off-field incidents took precedence over Archer's performance in the field. The English pacer was subjected to racial abuse by a spectator in New Zealand.

New Zealand Cricket said a life ban and a referral to police awaits the perpetrator once identified.

The incident had overshadowed the build-up to the second Test.

"I should also say it was just one person who was shouting stuff. But I found the incident a real shame," Archer had said at the time.

Archer will have a chance to return to his best when the South Africa vs England Test series kicks off on December 26.

Deforestation in the Brazilian Amazon may be at 14 year high