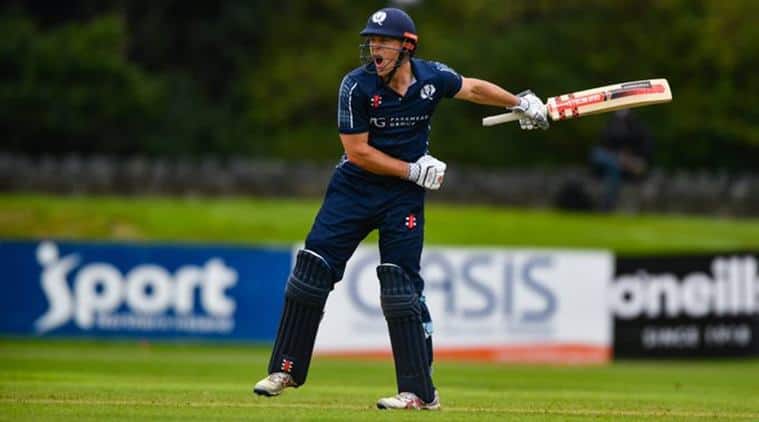 Scotland’s George Munsey slammed an astonishing 127 not out off just 56 balls against Netherlands in the T20I in Malahide.

Munsey, who reached his hundred in 41 balls, hit 5 fours and 14 sixes in his breathtaking innings. He fell short of the fastest T20I hundred by six deliveries. A record jointly held by Rohit Sharma (India), David Miller (South Africa) and Sudesh Wickramasekara (Czech Republic), who reached three-figures in 35 deliveries each.

Munsey’s innings propelled Scotland to a mammoth 252/3 in 20 overs.

Not only was this the sixth-highest T20I total in history, Munsey’s unbeaten century saw him register the second-fastest T20I ton.

His 127 not out is also the fifth highest individual T20I score and the highest by an associate nation player.

His 14 sixes also meant it was the joint 2nd most number of sixes by a player in a T20I innings.

Interestingly, 81.88 per cent of his total runs came in boundaries

The double-century stand between Munsey and Coetzer is now the third highest partnership in T20Is.

With the T20 World Cup Qualifier a little over a month away, Ireland, Scotland and the Netherlands are entering the final stretch of their preparations with a trilateral series to be held at Malahide over the coming week.