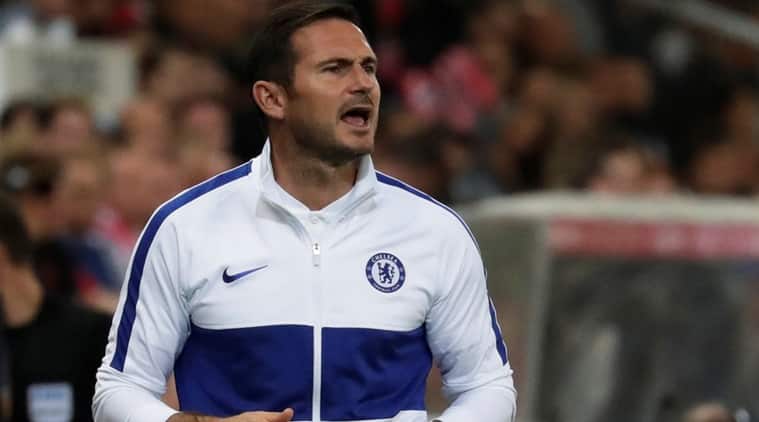 Chelsea will not go “crazy” when their transfer ban is lifted in January because the young players who have been given their chance to shine are improving all the time, coach Frank Lampard said on Tuesday.

“I am calm about this window, I am very calm about it,” Lampard said after Chelsea secured their spot in the last 16 of the Champions League by beating Lille 2-1 at Stamford Bridge.

“We are improving. Even the little bumps of the past two weeks are just part of the process. I believe in what we’ve got now. I don’t think we’re going to be crazy just because the ban has been lifted.”

Chelsea were cleared to sign players in the January transfer window last week after the Court of Arbitration for Sport halved a ban imposed last February for breaching rules on the international transfer and registration of players under 18.

Yet after goals from Tammy Abraham and Cesar Azpilicueta earned them the victory which guarantees Champions League last-16 action in the New Year, Lampard did not sound as if he felt he must bring in expensive reinforcements in January.

The performances of young players who have established themselves as regular first-team starters, like Abraham, Mason Mount, Reece James and Fikayo Tomori, have given the former England international plenty of reasons to keep faith in them.

“As we move forward and we want to improve the squad it will be done with a view to what do we have and how to get better,” Lampard said.

“And I think, if anything, those sorts of challenges for the young players will be the ones that they stand up to.”

Although, Lampard says he hopes to sign a forward in January to make up for the loss of Belgian Eden Hazard, who moved to Real Madrid in the close season.

“I will look at all areas of the team. But I think it was quite clear in the summer that you lose Eden Hazard, who was a huge part of scoring or creating our goals last season and the season before that, the high level of player he is,” he said.

“We’ve found ways as a team where we can still be competitive … But going forward if we’re looking at if we can get even better in forward areas to help competition… then I think we’ll always look at that.”

Chelsea’s next match is at home against Bournemouth in the Premier League on Saturday.