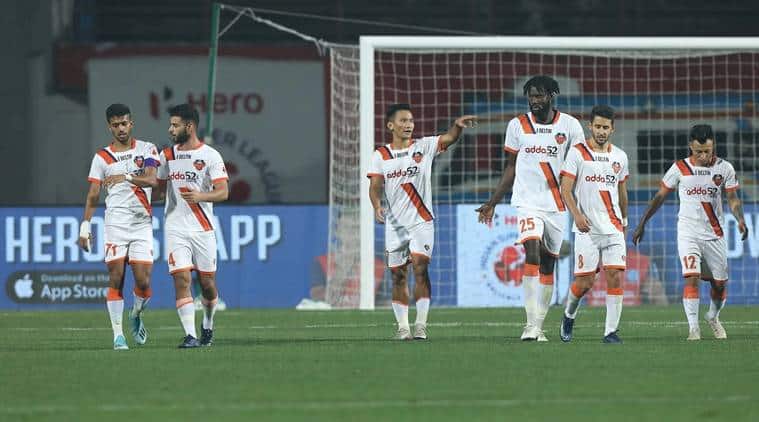 FC Goa on Wednesday became the first club from India to make it to the group stage of the AFC Champions League, Asia’s top-tier club competition. They secured the berth after beating Jamshedpur FC 5-0 in the Indian Super League match played in Jamshedpur on Wednesday.

Ferran Corominas (11th), Hugo Boumous (70th and 90th), Jackichand Singh (84th) and Mourtada Fall (87th) registered their names on the score sheet to help their side finish top in the ISL table after the league stage. The top team at the end of the league stage of ISL has been guaranteed a berth in the 2021 AFC Champions League.

The Goa-based club amassed 39 points after 18 matches and now stand six points clear of ATK, who are placed second with one match left to play.

One for the history books! 🧡

Traditional Indian clubs like Mohun Bagan and East Bengal have featured in the Asian Club Championships but no team from the country has ever played in the group stage of the AFC Champions League since its introduction in 2002.

I-League champions used to play in the preliminary/play-off rounds of the AFC Champions League till this ongoing season but none have been able to qualify for the group stage.

After the recognition of ISL as the nation’s premier league by the All India Football Federation, the league leaders get a direct entry in the group stages of Asia’s elite football competition.

Under Asian Football Confederation’s member association ranking system issued in November 2019, India was allotted one slot in the expanded AFC Champions League as the country occupied the eighth spot in the West Zone.

The member associations ranked 7th to 10th in both West and East Zones get one direct slot in the group stage of the AFC Champions League which will have 40 clubs in the 2021 edition instead of 32 earlier.