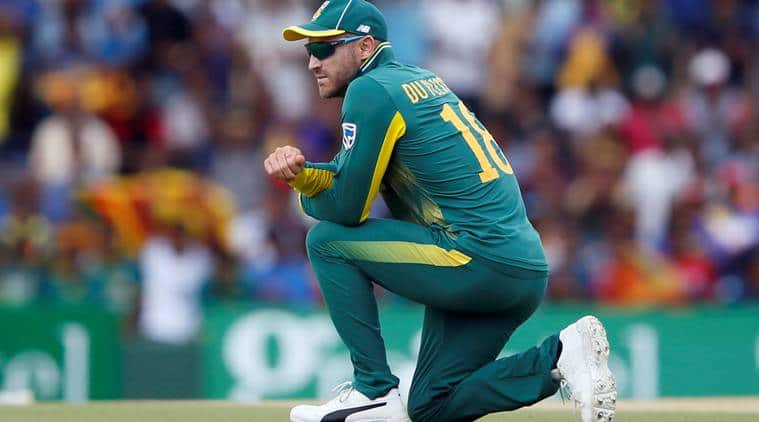 Faf du Plessis has stepped down as the captain of South Africa’s Test and T20 teams with immediate effect.

Cricket South Africa (CSA) confirmed on Monday that the 35-year-old took the decision in order to facilitate the emergence of the next generation of leaders within the team under the leadership of current T20I captain Quinton de Kock.

De Kock, who was chosen as the ODI captain ahead of the series against England, is most likely to take the reins in the longest format of the game. Meanwhile, Du Plessis is expected to keep his place in the squad to play three T20s against Australia, starting at the Wanderers on Friday. Faf du Plessis of South Africa leaves the field after losing his wicket during day two of the third cricket test between South Africa and England in Port Elizabeth. (AP Photo)

Du Plessis captained South Africa in 112 international matches across all three formats since December 2012 when he led South Africa for the first time against New Zealand in a T20 series.

In a statement released Du Plessis said: “In a perfect world I would have loved to lead the team in the Tests for the rest of the season as well as the T20 World Cup. But sometimes the most important attribute of a leader is to be selfless.”

“I am healthy, fit, energised and motivated and certainly see myself playing an important role in the squad for as long as I continue putting in winning performances for the team.”

“The last few weeks of rest away from the game have given me a lot of perspective on the great privilege and honour I have had in representing and leading my country in the three formats of this wonderful game,” he said.

“It has been a rewarding, sometimes tough and other times a lonely road, but I would not replace the experience for anything, because it has made me the man that I am proud to be today,” Du Plessis said.

MS Dhoni once said he wanted to make 30L from cricket: Wasim Jaffer