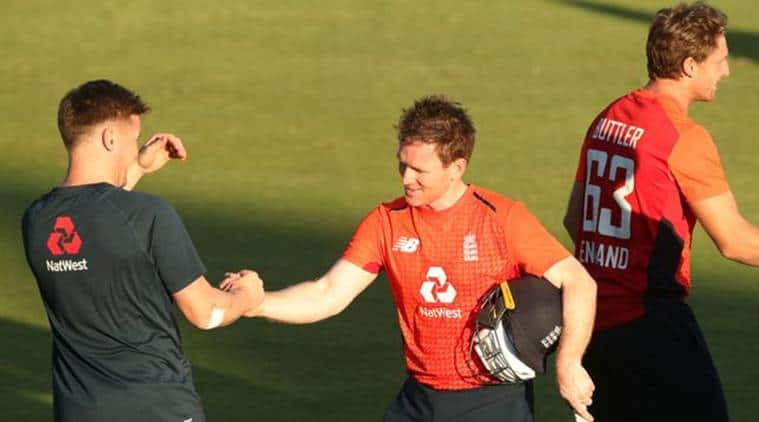 England’s World Cup-winning captain Eoin Morgan has a solution to the ongoing crisis of the cricketing schedule that has been cut short due to the global COVID-19 pandemic — play two different teams in two different formats on the same day.

After the England and Wales Cricket Board (ECB) announced that the start of the domestic campaign will be postponed until May 28, there have been concerns in the cricketing circles regarding the entire schedule being ultimately wiped out.

But according to Morgan, there’s a way around such a debacle. The 33-year-old batsman believes that the prospect of England fielding two different teams on the same day at separate venues can be a viable option in a shortened season.

“I see every option being viable during this extraordinary time. Certainly, I’ve never experienced anything like it and don’t think anyone else has. If there’s an opportunity to play as much cricket as we can, I’d like to think every player would be behind it. I certainly am,” said Morgan.

England have Test assignments against West Indies and Pakistan up ahead, and as for white-ball cricket, England will host Pakistan and Australia in an ODI and T20I series in the summer.

“Obviously, times are still uncertain at the moment. People are waiting to see what sort of impact that has had on the virus and if it has slowed things down or stopped the increase in infection.”

“Realistically we can’t think about playing, when our first game will be, or how many we will play until the situation is downgraded from a pandemic. As ridiculous as it sounds that’s how serious it is,” said the Irishman.

During his time in lockdown, Morgan has been adjusting to life as a parent after his wife gave birth to their first child last month.

He was bought by the Kolkata Knight Riders for Rs 5.25 crore for the IPL which was scheduled to start on Sunday.