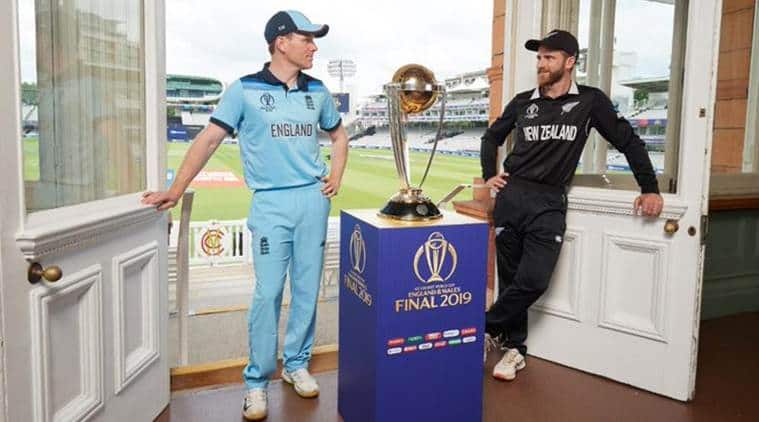 England vs New Zealand, Eng vs NZ Live Cricket Score Streaming Online, World Cup 2019 Final LIVE Score Updates: Hosts England will take on Kane Williamson-led New Zealand unit as both the sides hunt for their maiden World Cup glory in the summit clash at Lords on Sunday. It took England 27 years to reach the final of the showpiece event and they would like to make the most out of the opportunity in front of their home fans.

New Zealand, on the other hand, will have a shot at redemption after failing to win the title in the previous edition. The team went down in the finals against Australia four years ago. The team will once again look up to their skipper Williamson who has been the standout performer among the Kiwis in the tournament. Leading the side from the front, the skipper has amassed 548 runs in eight innings, which includes two centuries and an equal number of half-centuries.

There is very less chance of weather playing a spoilsport as it is expected to be bright and sunny in London. A full 50-over a side contest is on the cards as rains are unlikely to hinder the match.

RPI Will Stand With Muslims if Mosques 'Touched': Ramdas Athawale