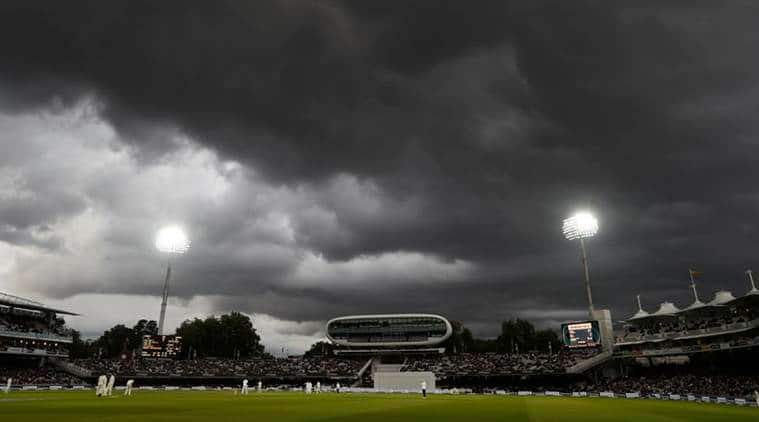 England vs Australia (Eng vs Aus) World Cup 2019, Lords Weather Forecast Today and Pitch Report: Cricketing fans get ready to witness old rivalry as hosts England take on Australia in a coveted clash of ICC World Cup 2019 at Lord’s, London. England entered the World Cup with the favorites tag but an early loss against Pakistan and a major upset at the hands of Sri Lanka in their last match has put their World cup at a precarious position.

England now take on Australia, India and New Zealand in the remainder of their games. Two wins out of three will ensure them a place in the semi-final but England have failed to defeat any of these three teams in a World Cup game since 1992. Australia come off a win against Bangladesh after their batsmen annihilated the Bangladesh bowling attack to put up 381 on the board.

Weather Conditions: This World cup edition has seen the most number of washed out matches. With 4 games already washed out, light showers are expected to cause a delay in the toss for the match. The night before the match saw some light showers. The weather is expected to be cloudy throughout the day and the Lord’s ground is well equipped to deal with showers and ensure that the game goes on without any interruptions.

Pitch report: Overcast conditions in London have always favored the fast bowlers making the toss a huge factor. The team winning the toss will most likely bowl first to exploit the seaming conditions. Both teams have quality pacers in their ranks in the form of Jofra Archer, Mitchelle Starc, Chris Woakes, and Patt Cummins.

Richarlison May Stay at Everton for Another Season, Will Discuss Future With Carlo Ancelotti