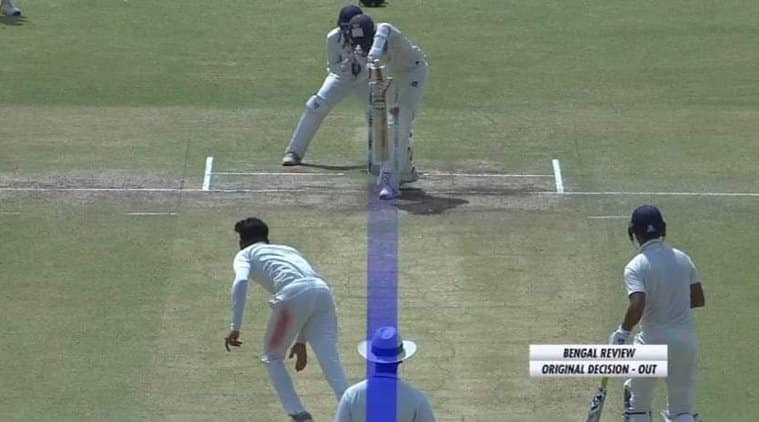 Abhimanyu Easwaran was out lbw in the Ranji final. (Twitter screengrab/souminkdatta)

Bengal captain Abhimanyu Easwaran’s dismissal in the first session of day 3 in the Ranji Trophy final against Saurashtra sparked outrage after he was given out to a ball that seemed to be going down leg.

In the final over before lunch was taken, Easwaran was given out lbw off a Prerak Mankad delivery. After a brief chat with the umpire, he asked for a review.

Given the limited use of DRS, replays showed that it was a fair delivery with the impact in front of leg-stump. However, the ball struck pretty high — above the knee-roll.

But because there was no ball-tracking, the third umpire was left with no choice but to stay with the umpire’s call. The ball might have been sliding down leg, the height was an issue as well — but since the impact was within the stumps, the third umpire simply had to declare Easwaran out.

Limited usage of DRS in #RanjiTrophy is stupid. They might use it fully or dont use at all.

So many terrible things in this #RanjiTrophyfinal but the one that tops is the DRS without ball tracking. Abhimanyu Easwaran was just given out to a ball that was definitely going down leg. Pathetic! @BCCI @BCCIdomestic #SAUvBEN @StarSportsIndia @HotstarVIP

Easwaran walked back to the pavilion having scored 9 runs from 46 balls, while Bengal still trailed by 390 runs. At lunch, they were 35/2 as Sudip Kumar Gharami (26) was already dismissed before him. 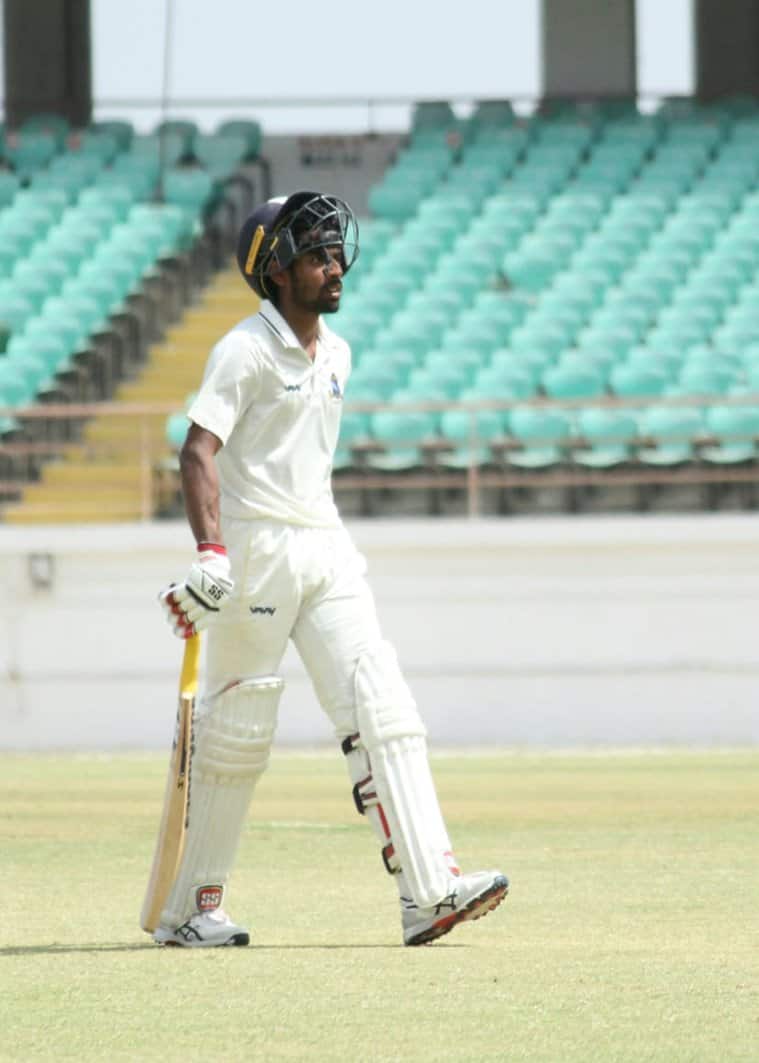 Easwaran walked back to the pavilion having scored 9 runs from 46 balls. (Twitter/CAB)

BCCI’s newly introduced “limited” DRS in the Ranji semi-finals and final doesn’t include ball-tracking, and therefore, the third umpire cannot overturn an on-field decision where the only doubt is if the ball would hit the stumps or not.

Former India spinner Dilip Doshi on Wednesday slammed BCCI’s decision to use a restricted DRS for the Ranji Trophy final, saying the technology should be deployed “fully or not at all”.

“If you use a technology like DRS, it should be used properly and fully. Because using a percentage of it doesn’t make sense,” Doshi told PTI.

The third umpire has spin vision, split screen, stump mic and the zoomer at his disposal. Leading domestic players including Abhimanyu Mithun have already asked for ball tracking for next season.