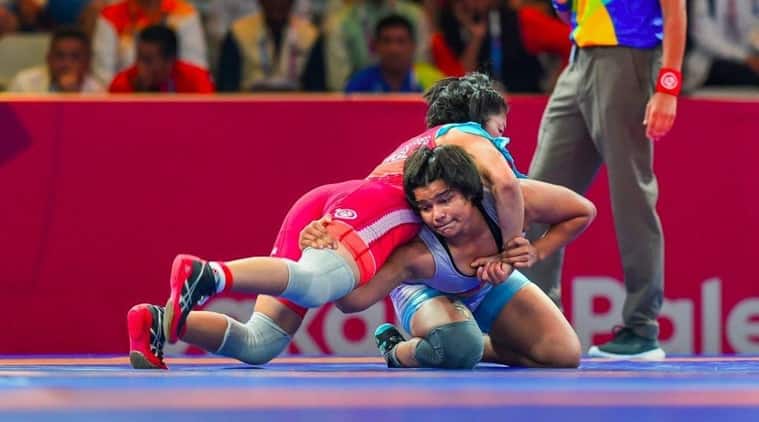 Divya, who had won bronze at last year’s Asian Championships, won all four bouts in the five-wrestler 68kg category at this year’s tournament. The competition was fought in the round robin format. Divya put up a dominant show, winning all her bouts by fall, including against junior world champion Naruha Matsuyuki.

Adding to the memorable day for India, Sarita Mor (59kg), Pinki (55kg) and Nirmala Devi (50kg) are also assured of at least silver medals as they reached finals of their respective categories.

In a depleted field in the absence of Chinese wrestlers and Japan not sending its best challengers, the Asian Games bronze medallist Divya began by routing Kazakhstan’s Albina Kairgelinova and then knocked out Mongolia’s Delgermaa Enkkhsaikhan.

Her defence looked a bit shaky against the Mongolian but she still managed to pin her rival.

In the third round, Divya was up against Uzbekistan’s Azoda Esbergenova. She went up 4-0 with brilliant consecutive rolls and then pinned her opponent to finish it off in just 27 seconds.

India wins big once more at the #AsianWrestlingChampionship as #DivyaKakran bags the 2nd Gold! Congratulations and keep it up champ!

Against the Japanese junior world champion, with her strong left-leg attacks, Divya led 4-0 with a take down and an expose move. The Japanese made a solid start in the second period as she attacked the Indian’s left leg initially but scored points with a right leg move to make it 4-4.

However, Divya soon effected a move which led to her victory by fall.

She jumped on the mat to celebrate with her coaches before the referee officially declared her winner.