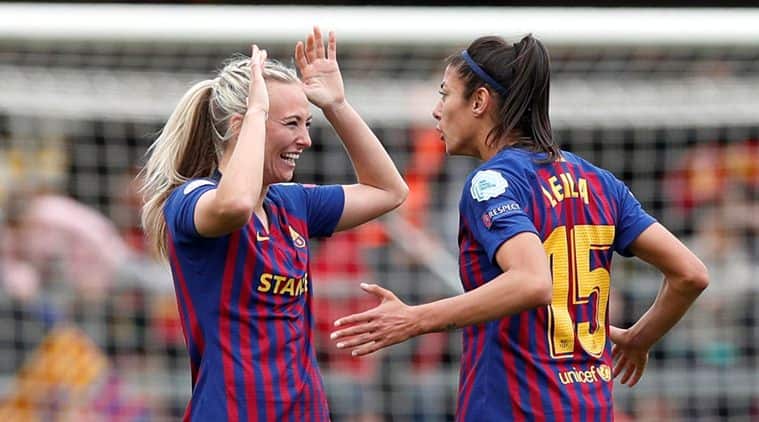 Women’s football in Spain is primed for another surge in popularity as Real Madrid make their long-awaited leap into the sport as CD Tacon this season with a ‘Clasico’ away to historic rivals Barcelona.

Real have long been criticised for shunning women’s football even as the sport has continued to break new ground, but in June they agreed a deal to absorb capital club Tacon, who were promoted to the top flight five years after being founded.

Tacon will retain their current name and kit until officially becoming Real in July 2020, although they have already started playing games and practising at Real’s training centre and many already consider them now to be part of the club.

Sweden forward Kosovare Asllani talked of “wearing the most beautiful jersey in the world” when she joined, while the Spanish federation’s head of women’s football Rafael del Amo described Real as “the monster we have been missing”.

Tacon have made some eye-catching signings in Asllani and fellow Sweden international Sofia Jakobsson plus England’s Chioma Ubogagu and Brazil’s Thaisa, but their neighbours Atletico Madrid have also shown ambition in the transfer market.

Tacon’s opening game at Barca’s shiny new Johan Cruyff stadium is already being billed as a ‘Clasico’ and having a female version of European football’s biggest fixture will allow women’s soccer in Spain to continue to take giant strides.

Over 60,000 people turned out for a fixture in March between Atletico Madrid and Barcelona, which smashed the world attendance record for a women’s game, while more than 12 million people watched the 2019 Women’s World Cup on Spanish television.

“We are trying to create the best environment possible but the clubs and the players will be the protagonists, they have quality to burn and they make us all enjoy football,” said federation president Luis Rubiales at the league’s presentation.

“We’re going to ensure that in a very short time our league becomes the best female football competition in the world.”