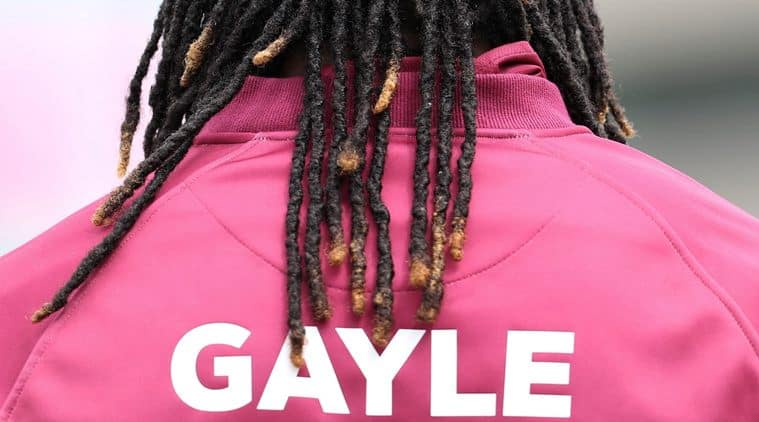 West Indies opener Chris Gayle raised his voice against racism in cricket on Monday as protests continue to intensify in the United States six days after George Floyd’s death in police custody in Minneapolis.

In an appeal on social media, the 40-year-old batsman stated that the peril of racism exists in cricket too, and he has also faced racial remarks within teams and across the globe.

Gayle’s comments come in the backdrop of widespread protests across the USA after an African-American man George Floyd died after a white police officer, Derek Chauvin, knelt on his neck for several minutes even after Floyd stopped moving and pleading for air. 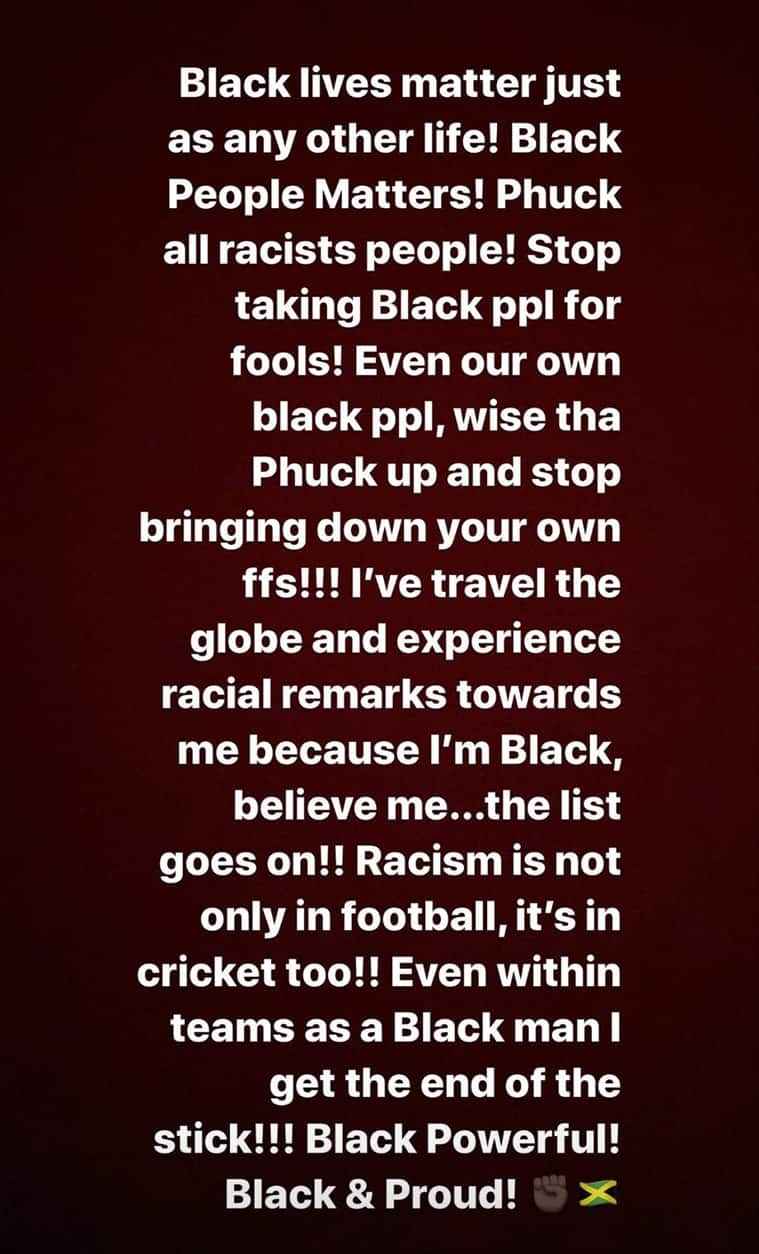 “I have travelled the globe and experience racial remarks towards me because I am black, believe me, the list goes on,” Gayle wrote in his Instagram story.

“Racism is not only in football, it’s in cricket too. Even within teams as a black man, I get the end of the stick. Black and powerful. Black and proud,” he added.

Apart from Gayle, a number of other sportspersons voiced against the issue of racism and acted in solidarity with the protests ensuing in the US. The 23-time Grand Slam winner Serena Williams took to Instagram to vent her feelings, while NBA star LeBron James mourned Floyd’s death on Twitter.

In Bundesliga too, Borussia Dortmund’s Jadon Sancho celebrated his first goal against Paderborn by removing his jersey to reveal a handwritten “Justice for George Floyd” message. Borussia Monchengladbach’s Marcus Thuram invoked Colin Kaepernick on Sunday after he scored against Union Berlin, dropping to his left knee and resting his right arm on his right thigh and bowing his head.

Since the incident, Chauvin has been arrested and charged with third-degree murder and second-degree manslaughter. Because of the escalation of the protests, US President Donald Trump has been forced to take shelter in a White House bunker.

Meanwhile, overnight curfews were imposed in more than a dozen major cities nationwide, including Atlanta, Chicago, Denver, Los Angeles, Minneapolis, San Francisco, and Seattle. At least 4,100 people have been arrested over days of protests for looting and blocking highways to breaking curfew.