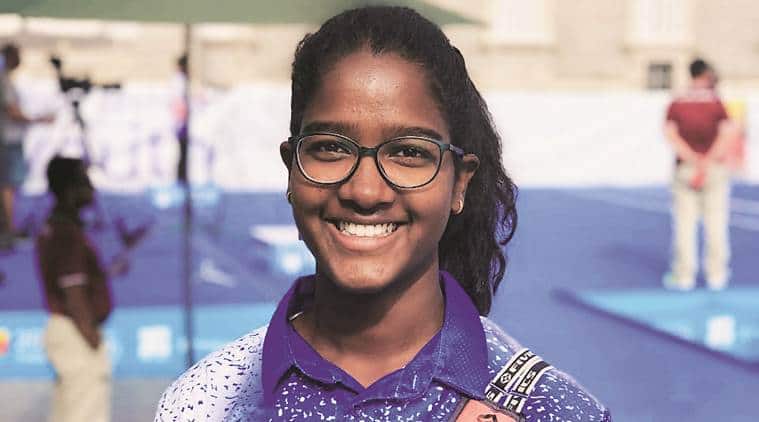 Komalika Bari stepped into illustrious footsteps when the 17-year-old defeated Japan’s Waka Sonoda 7-3 to clinch the cadet women’s category at the World Youth Archery Championship in Madrid on Sunday. The youngster from Jharkhand emulated statemate Deepika Kumari who had won the same title in 2009 before winning the world junior title in 2011. Bari started with two 10s followed by a 9 in the first set, which she won 29-26 to pocket two points. She consolidated her position by winning the second 29-28 with a 10 on her final shot to take a 4-0 lead in the match before the third set was tied. Sonoda tried to make a match of it by clinching the fourth 27-26. But the Indian shot two 10s in the fifth set to seal the deal. In the semifinals, Bari had got the better of Mi Jang of Korea 6-5, winning the shoot-off with her arrow being closer to the centre. That was after the archer from Birsanagar had provided ample evidence of her fighting quality by staging a comeback from a 1-5 deficit after the third set.

“I guess winning against an archer from Korea was more challenging than the final today. I returned after being 1-5 down and when I won the match after both of us shot 9 in the shoot-off, it gave a lot of confidence. In the final, when I shot scores of 29 in the first two sets, I thought I can win easily. But the Japanese showed some fight. My focus was to not spoil all the hard work,” Bari said after clinching the title.

After training at the Telco academy under coach Sushant Patro, she shifted to the Tata Archery Academy, Jamshedpur since 2016. Bari has a silver medal in the team event at the senior nationals in Cuttack, climbing the podium with Deepika, Ankita Bhakat and Sushmita Biruly. She was part of the Indian team at the World Cup Stage 4 in Germany and the World Archery Championships in Netherlands.

“Here at the Academy, we train only in recurve events and that was the only option for Komalika too when she joined in November 2016. We would talk with her first coach Sushant Patro and focused on her basics in the first six months apart from improving her stamina. Like Deepika, she has good height, body posture, drawing length and good shoulder strength. All of these qualties come naturally to her. Her temperament has been her strength,” said coach Dharmendra Tiwari, who along with Purnima Mahto, Anil Kumar and Vikas train her at the Tata Archery Academy. Training with an acclaimed archer like Deepika has also boosted Bari’s confidence. “I have seen and trained with Deepika didi for the last two years and I always seek tips from her. When we won silver at the nationals this year, we celebrated together and to share the podium with her meant a lot to me.”