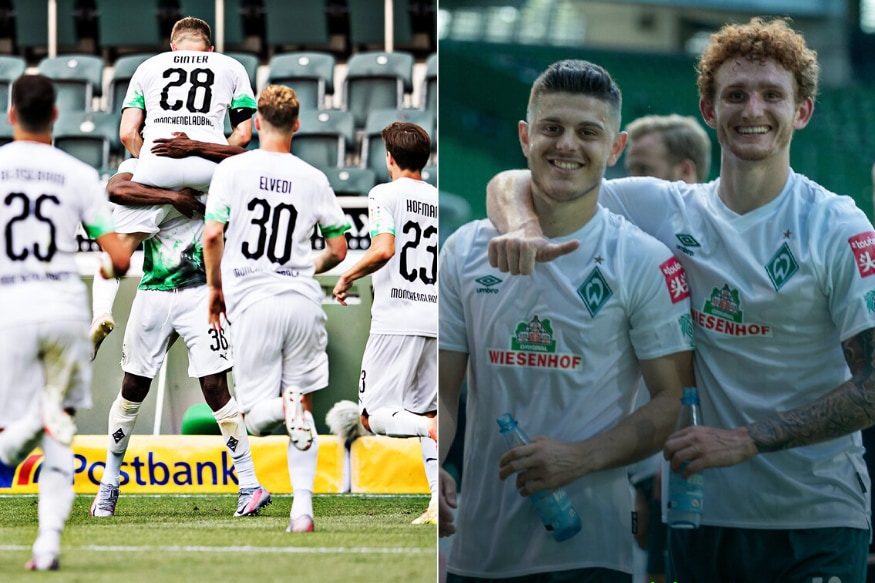 Borussia Monchengladbach capped a successful season with a spot in next season's Champions League group stage on Saturday by beating Hertha Berlin 2-1 on the final day of Bundesliga action for 2019/20 to finish in fourth place.

Jonas Hofmann tapped in after good work from Breel Embolo as Gladbach controlled the game throughout. By the 65th minute they had 17 shots compared to Hertha's one.

The roles were reversed in the 78th minute, with Embolo scoring at the far post after Hofmann had shaken off two markers to cut back into the box.

Gladbach, who had leapfrogged Bayer Leverkusen into fourth place last week, finished on 65 points, two ahead of Leverkusen. Vedad Ibisevic cut the deficit for Hertha in second-half stoppage time.

Werder Bremen extended their 39-year stay in the Bundesliga for at least another 10 days when they thumped Cologne 6-1 to avoid automatic relegation on Saturday.

The four-times Bundesliga champions climbed out of the drop zone and leapfrogged Fortuna Duesseldorf to finish 16th in the 18-team table. They now face a playoff against the team that finishes third in the second division. Fortuna lost 3-0 at Union and were relegated.

Werder began the day as favourites to go down as they were two points behind Fortuna with a worse goal difference but raced to a 3-0 lead as Yuya Osako, Milot Rashica and Niclas Fuellkrug scored in a six-minute spell in the first half.

Davy Klaassen added a fourth after halftime, Osako made it 5-0, Dominick Drexler pulled one back and Joshua Sargent scored a sixth to leave Werder with 31 points, one more than Fortuna.

The two-leg playoff is due to take place on July 2 and 6.